Addressing the Problems in Your Marriage Before It’s Too Late 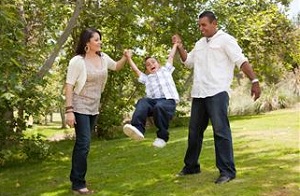 We often find ourselves in marriages or long-term relationships that become difficult. Part of the reason this could happen may have to do with feeling hurt by the other person, and then feelings of anger soon follow. We have expectations of our partners sometimes based on agreements and sometimes based on what we believe is the right thing to do, without the benefit of an agreement.

For example, Jason and Sophie have been together nine years. They met at work and found they had a lot in common. They both liked to bike, run marathons, and go river rafting. They also loved the same movies, and they had a few conversations where it seemed to them they shared values about family. They felt lucky to have found each other. Two years later they married, and they had their first child a year after that. Both Jason and Sophie felt they were on a wonderful honeymoon during the first three years they knew each other. When Sophie became pregnant, they acknowledged that she wouldn’t be able to do some of the physical activities they both loved to do, but they knew it would start up again eventually. Two years later, Sophie had their second child. She felt tired a good portion of the time and didn’t seem to have the same level of energy or interest to run the rapids or ride bikes on the weekend as she had once had. Jason figured he would just start doing these things on his own while Sophie rested up. Sophie began resenting that Jason was going without her, but she thought it was unfair to hold him back just because she was tired. She also thought that taking care of the children was more her responsibility anyway, since she was the mother. They found they spent less time together and had less to talk about now that they were living more separate lives.

Does this scenario sound at all familiar to you? Are there ways in which your marriage or relationship changed when you had children or just got older? This is not an uncommon reason for people to think they want a divorce, especially when the unspoken tensions begin to turn into outspoken arguments that may have nothing to do with what the couple is really fighting about. Jason and Sophie would fight about how loud the TV was when what they were actually feeling was lonely. If they had they taken the time to talk about the changes that were occurring in their lives when they started, rather than waiting until they were estranged, they may have had a chance to address those issues when they were smaller, before the deep chasm was established.

When you find you are thinking about divorcing, consider that in many cases, those tensions, upsets, and disappointments may have gone unchecked for too long before they were acknowledged and addressed. We often avoid the things that are emotionally upsetting, and the result is that it grows into a much bigger problem than if it had been addressed from the beginning. The example scenario also emphasizes that Jason and Sophie might never have talked about what would change in their lives when they had children. Or perhaps they acknowledged that they would endeavor to not let anything change the aspects that worked so well for them. When this didn’t turn out as planned, they did not have the language to talk with each other about how they felt and what they could do.

It is quite likely Sophie was as disappointed as Jason when her energy for physical activities changed so dramatically. Perhaps they failed to discuss how they would take care of the children before they became parents. We are not a society of pre-planners. We tend to figure things out as we go. Sometimes this strategy can work, especially when partners are willing to talk and not avoid the life changes that fly in the face of what they had thought would be happening. When disappointment is the strongest emotion, and the couple allows those feelings to fester until their distance from one another feels unbridgeable, divorce seems like the next step. We each bring our own history along with all our emotional strengths and weaknesses to our relationships. Our histories are strong determinants of the types of problems that can arise. If we choose to address them early on, with or without the help of a third party, it can be a deterrent to some divorces. The longer we wait, the more hurtful territory there is to repair and the less likely that it is reparable.