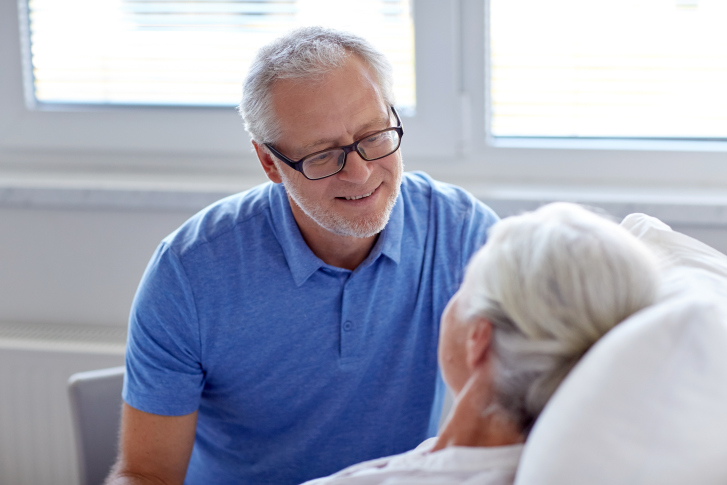 Married people may survive cancer longer, according to a study published in Cancer that analyzed data from nearly 800,000 people.

The study looked at men and women of various races and ethnicities who were diagnosed with one of 10 types of cancer between 2000 and 2009. Even when researchers adjusted for factors that could influence cancer outcomes, such as quality of insurance and socioeconomic status, single cancer patients of all races and ethnicities had a greater risk of dying than those who were married.

A number of recent studies have explored the health benefits of marriage. A 2015 study found greater benefits associated with marriage for men than women, linking marriage to a lower risk of metabolic syndromes and a biomarker for cardiovascular problems in men. Another study found happy marriages improve health, while unhappy or ambivalent marriages may contribute to poor health. In that study, couples in happy marriages had lower blood pressure than those in less happy pairings.

Why We Still Look Away: Kitty Genovese, James Bulger and the Bystander Effect

In 1964, Kitty Genovese was murdered outside her home. At the time, it was reported that 38 nearby witnesses heard her screams, but no one intervened. The outrage that followed led to research into the bystander effect, which impedes people’s willingness to intervene when another person is in distress.

Winston Moseley, the man convicted of Genovese’s murder, died in prison last week, prompting a renewed discussion of the phenomenon. Since Genovese’s murder, a number of high-profile cases have demonstrated the reluctance of bystanders to intervene. In 1993, 38 people witnessed the kidnapping of 2-year-old James Bulger. His kidnappers, who were only 10 years old at the time, killed Bulger when no one intervened.

Severe and worsening depression may increase the risk of dementia in seniors, according to a study of nearly 2,500 seniors in their seventies who did not have signs of dementia. Twenty-one percent of those with worsening severe depression developed dementia, compared to just 12% of those with minimal depressive symptoms.

The inaccurate belief that blacks are stronger than whites can impede access to pain management among black people, according to a study published in PNAS. In two studies, researchers discovered white non-medical professionals believed incorrect biological information about black people, and these prejudices caused whites to perceive black people’s pain as less severe. When researchers presented the same questions to white medical students, the white medical students also endorsed incorrect ideas about pain in black people.

Read My Lips: What Your Voice Reveals About You

A new exhibition from The Wellcome Collection, “This Is a Voice,” explores the various clues voices offer about psychology, personality, and lifestyle. The three components of voice—pitch, resonance, and intonation—offer vital clues about social status and psychological state, and can betray people seeking asylum or transitioning to another gender.

Human psychological biases might help explain the slow response to climate change, according to an analysis published in Bioscience. The researchers point to a number of recent studies, including an analysis that showed people might lower their energy consumption if they believed they were consuming more energy than other residents.

After a review of data on the virus, researchers at the Centers for Disease Control and Prevention (CDC) have confirmed the mosquito-transmitted Zika virus causes microcephaly, a birth defect characterized by a small, malformed head and brain. Previous reports from the organization only pointed to a correlation, but the CDC is now certain. The disease kills brain cells, and a study published last month showed it melting the brain of a fetus in utero. Some additional research links Zika to Guillain-Barré syndrome, an autoimmune disease that can cause paralysis. Researchers are also exploring a potential connection between Zika and another autoimmune disorder that is similar to multiple sclerosis, called acute disseminated encephalomyelitis.

Life Expectancy Study: It’s Not Just What You Make, It’s Where You Live

A number of studies have found people with low incomes are more likely to die young. A JAMA analysis of more than a billion tax and Social Security records suggests location also matters. People living in affluent areas such as San Francisco tend to live longer. This effect holds even among people with low incomes. People making less money and living in less affluent places tend to have shorter lives.