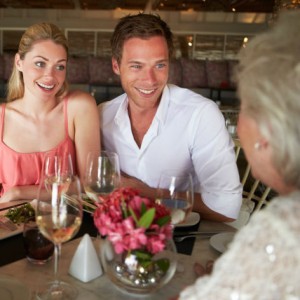 This may sound absurd, but in fact, the best marriage advice just might come from people who have learned from their mistakes. Not everybody who gets a divorce will take the opportunity to reflect on why the divorce occurred. But those who really look at their part and what behaviors they and their spouse engaged in that led up to the divorce may learn from those experiences and develop new and more successful strategies in future relationships. In a recent article, Dr. Terry Orbuch of the Institute for Social Research at the University of Michigan explains why divorced people may have the best advice for a great marriage.

Orbuch, a psychologist and author, has followed 373 couples for more than 25 years and found that nearly half have divorced. She surveyed those couples and asked them what they learned and what they would do differently next time. One of the top responses was to be more affectionate, both verbally and physically. The participants said that they realized how critical it is to affirm the value of your spouse through actions and words. And surprisingly, the men in the study expressed a desire for more nonsexual attention and affirmation than sexual attention. Orbuch suggests, “Do something to demonstrate that your partner is noticed and appreciated every single day.”

Another important issue was money. Orbuch found the couples realized that regardless of how each partner views finances, they should share their goals and perspectives with each other and develop a plan that will accommodate their individual and combined desires and needs. The participants also said that they realized the importance of letting go of the past. In fact, the happiest couples were those with the least amount of bitterness or resentment about past life experiences or other people in their lives. Lastly, Orbuch found that the couples who made their relationship a priority were the most likely to stay together. She suggests that couples spend time discussing things other than family, jobs, or money. Making an intentional choice to put the relationship first is essential for a healthy and long-lasting marriage.

Related articles:
9 Secrets for a Lifetime of Like, Love, and Lust
7 Tips to Resolve Conflicts about the Cash
You Can Wait Too Long to Address the Problems in Your Marriage