Managing Screen Time for Teens with ADHD: 2 Paths to Success 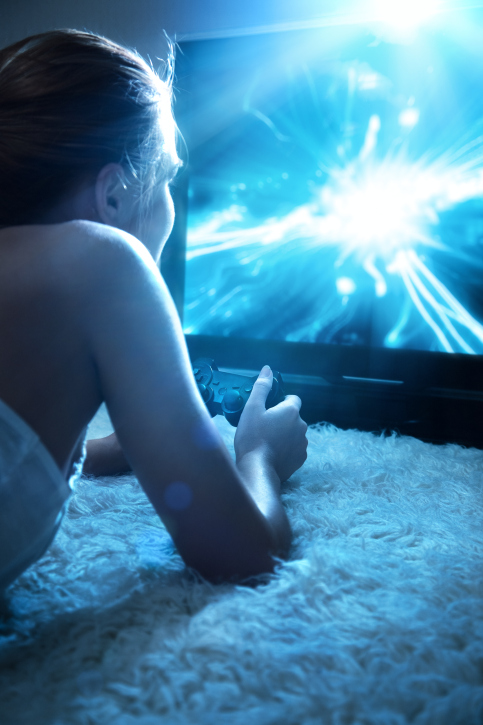 Do you have a teen with attention-deficit hyperactivity (ADHD) who would spend 24 hours a day on his or her phone, tablet, computer, video game system, or other electronic device if he or she could?

Have you unsuccessfully tried setting limits on screen time?

Do you worry about your teen’s inability to regulate screen time on his or her own?

If so, it’s time to rethink how you’re approaching the situation. Individuals with ADHD are especially susceptible to being drawn into the stimulation associated with technology, and may have an extra difficult time regulating and disconnecting from screen time.

As a parent, there are two main approaches to regulating screen time:

For the first approach, sit down with your teen and develop a plan together for appropriate lengths of time to use each device on a daily and weekly basis. Rules should be mutually agreeable and put in writing. The short-term benefit of this approach is that screen time gets limited so teens have time for other things and aren’t subjected to the negative consequences of excessive screen time. The long-term drawback is that unless teens learn to internalize these limitations as helpful rather than as parental restrictions, it may be more difficult for them to regulate their screen time when they are on their own.

The second approach is helpful in that it teaches teens how to balance activities that involve screen time with those that don’t. Of course, it can be challenging to find activities that teens are willing to do without technology.

Which approach might be most effective depends on the age of your teen, to what degree he or she needs regulation, and to what extent his or her time can be occupied with other activities that naturally limit screen time.

To illustrate these ideas, let’s look at a theoretical case example that demonstrates incorporating both types of interventions. Jack, 13, comes home after school each day, plays video games, does his homework after excessive prompting from his parents, and then watches television and/or plays games or watches videos on his smartphone. On weekends, he sleeps in and then plays video games for several hours.

Sit down with Jack, explain that he is spending too much time using technology, and work together toward a compromise on how long he can engage in screen time after school before starting his homework, each evening and on weekends. Specific rules for different types of screen time are important. If agreements can be reached, everything should be written down. If not, parents may need to set limits, communicate them, and write them somewhere the teen can see and refer to. Obviously, enforcing limits and abiding by them may prove difficult and could lead to conflicts.

Provide Jack with a variety of structured and unstructured activities to fill some of his time so he has activities of interest that remove the possibility of excessive screen time. For instance, he could play on a sports team, which likely would have practices once or twice a week and games on weekends. He could try karate, fencing, a club activity, or something else in a group format that meets once or twice a week. Perhaps Jack could volunteer one afternoon a week with an organization of interest or do work around the house (and get paid for it). Another way to fill some time is to reserve one to two days after school where he is required to make plans of some sort. Getting Jack more active gets him more engaged in activities that don’t involve technology, while still leaving a reasonable amount of screen time.

In addition to these main ideas for managing teens’ screen time, here are some factors and suggestions to keep in mind: