Managing Compulsive Shopping During the Holidays 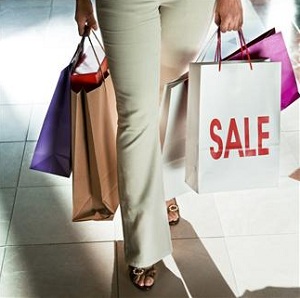 Most people have overspent at least a few times or have gotten so caught up in the holiday rush that they come home with a pile of useless things. For compulsive shoppers, however, shopping is like a drug. People who shop compulsively don’t enjoy the spoils of their trips; instead, it’s the shopping itself that’s rewarding, and money must be spent again and again—often more frequently and in larger quantities—to get the same rush.

The holidays can be especially challenging for compulsive shoppers, and a few holiday shoppers may even be pushed into compulsive spending as a result of the crushing pressure many of us feel when shopping for gifts.

What Is Compulsive Shopping?
Compulsive shopping is defined partially by its effect on someone’s life. A multimillionaire who spends $2,000 a month on clothes might be fine, but a college student who goes into debt spending the same amount could have a problem. Compulsive shopping tends to interfere with relationships, financial goals, and time commitments. Symptoms of compulsive buying include:

How the Holidays Factor In
The constant stream of commercials, sales, and warnings that the holidays are rapidly approaching can send a compulsive shopper into a fit of anxiety that may increase his or her likelihood of shopping to alleviate it. The bright colors, piles of signs, and loud reminders to “Buy now!” can also induce compulsive shoppers to give into their urges. Moreover, for people who have decided to stop spending money in an attempt to alleviate the disorder, the culturally imposed need to buy holiday gifts can offer an excuse to start buying other things as well.

Coping
Unlike people struggling with drugs, who can sometimes quit cold turkey, and people addicted to alcohol, who often have the option to avoid bars and parties with heavy drinking, compulsive shoppers can’t completely escape consumerism. There are necessary things we all must purchase, making it impossible for compulsive shoppers to try the cold-turkey approach, particularly during the holidays.

There are, however, a few things you can do if you struggle with overspending:

Treatment
For people with mild shopping addiction, taking a few proactive steps may be enough, but others might need professional help. Cognitive behavioral therapy can be especially helpful at alleviating the compulsive thoughts associated with compulsive shopping. People who experience depression and anxiety and use shopping to eliminate it may also benefit from antidepressant or antianxiety medications. Support groups can also be helpful, as they allow compulsive buyers to learn and receive support from others who have struggled with the same problems.