Making Marriage Work: When Is Too Much Enough Already? 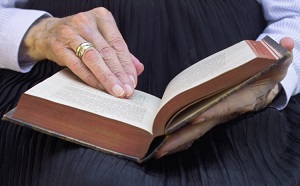 “We are married 36 years,” Edward said to Mary, “and now you’re deciding that you don’t want me?”

“I didn’t say that,” Mary shot back. “I said I don’t want the behaviors that you’re exhibiting! I can’t take them anymore.”

Mary had told him the answer to that question many, many times. She even wrote them down for him. At one point, she wrote them in magic marker on cardboard from the dry cleaner and presented the list to him with much fanfare.

“How can you ask me again?” Mary wanted to know. “Haven’t I not only told you but even written it down for you?”

“But I’m not doing those things!” Edward protested. “What, exactly, am I doing?”

Mary sighed deeply. She was always torn, at moments like this, between giving up and telling him just one more time. She knew, with great certainty, that by answering the question for him, it saved Edward from doing any thinking on his own. It saved him from doing mental work. She would hand it on a silver platter to him and then he would shoot it down. How convenient for Edward!

But a part of her, probably the part that had been teaching Sunday school for 35 of those 36 years, worried that maybe she hadn’t explained things well enough the first 300 times. So she tried again.

“Look,” Mary said, attempting to collect her patience. “I don’t want to be married to a person who yells at people, not only me. Is that so hard to understand?”

“But I didn’t yell,” Edward said with a slight grin. “I wanted to yell but I didn’t. You should be proud of me.”

“Let me clarify,” Mary replied. “I want to be married to a person who doesn’t even want to be nasty to others.”

“But that guy was giving me a hard time,” Edward complained. “This is the fourth phone I’ve had from these idiots. They’re just a bunch of thieves! They take your money and then the device is defective and they probably send you back the same one you started with without working on it. I’m fed up.”

“Of course you have every reason in the world to be angry with them. But it’s the company that makes poor-quality things, not the guys at customer service. And anyway, you don’t start talking to a representative about his mother. That’s just unacceptable. Now this is my last word. Do you get that?” Mary said, starting to march out of the room.

“Wait a minute, there,” Edward said, walking after her. “Haven’t I been much better? Why don’t you look for improvement instead of constantly harping on what’s wrong?”

Mary heaved a deep sigh. She was so very tired of this particular conversation. But she had decided to respond once and for all. “Because I’m not your mother and I’m not your teacher,” she said. “After decades of this, I’m tired. I can’t educate you. It’s not acceptable and I don’t want any of it in my life.”

And now, Edward comes up with his clincher: “I’m only human. I’m not perfect. This is who I am and you have to accept me this way.”

Is Mary being unreasonable? Is she reaching for perfection? A little backstory: Mary and Edward never had a smooth and peaceful relationship, but she overlooked a lot. Sometimes they would argue but Mary would tell herself that Edward meant well and eventually let it go. Recently, however, Edward did the unthinkable: He called one of their children a name. His apology came months later with half a heart.

This was a red line for Mary. She told Edward that he needed to completely change his personality or she was done. Furthermore, she went to the shelf and took down the family Bible. She could hear Edward murmuring, “Oh, no,” but that didn’t stop her.

Opening to the story of Creation, Mary started reading:

“After a period of time, Cain brought an offering to God of the fruit of the ground. As for Abel, he also brought of the firstlings of his flock and from their choicest. God turned to Abel and to his offering but to Cain and to his offering He did not turn. This annoyed Cain exceedingly and his countenance fell.”

Mary looked up from her reading. “Wow, I never noticed this part before, myself. Do you see this, Edward? Cain is complaining. He’s filled with ‘poor me’! And why? Because he didn’t bring the best to God. Now, he makes it God’s fault! That’s a good one, isn’t it? Don’t bother answering, Edward; it’s a rhetorical question. I’m going to continue reading the Bible.

“And God said to Cain, ‘Why are you annoyed and why has your countenance fallen? Surely, if you improve yourself you will be forgiven. But if you do not improve yourself, sin rests at the door. Its desire is toward you, yet you can conquer it.”

Mary closed the Bible gently and put it back on the shelf. “See,” she said, “it goes like this: God knew that Cain could change. He said clearly, ‘If you improve yourself, you will be forgiven.’ It was so simple! God wasn’t angry at Cain; He just didn’t think it was fitting to get any old offering. All Cain had to do was pick some more fruit! And he couldn’t do it. Or he decided he couldn’t do it.

“Ed, you can do it. I believe in you. Don’t get annoyed because you’re being asked to do differently. Just do the right thing. Don’t make Cain’s choice.”

We can close the door at Ed and Mary’s house. Let’s leave them to figure out their next move. But I will tell you based on my experience that it takes two people to make a marriage, not one. One person can’t do it alone. If Ed doesn’t decide—and it is a decision, no matter how unhappy he feels—that he will try harder to make things right, then Mary will be stuck with all the hurtful behaviors that she can no longer stand. Stuck forever.