Looking for Love? Addressing These Belief Patterns May Help 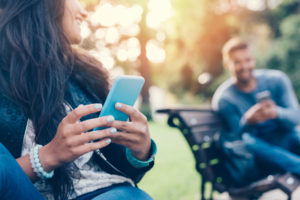 Along with finding a meaningful career, finding a loving relationship is often one of the most important goals we pursue. Billions of dollars are spent helping people find true love.

Despite the plethora of sites and services available, including matchmaking experts and relationship coaches, millions of people cannot seem to find that love connection. Even when they do, the divorce rate hovers around 50%. Why is this the case?

First, Find Yourself: How Do Beliefs About the Self Develop?

Schemas, organized patterns of thoughts that influence how we react to the world and the people in it, has a long and storied history. The idea of schemas was discussed by a diverse group of people, from Immanuel Kant to Jean Piaget and from Aaron Beck to Jeffrey Young.

Jeffrey Young, in his book Schema Therapy, describes a mostly cognitive-behavioral model. It ascribes many, if not most, disorders to the formation of thoughts and beliefs about oneself, other people, and the world in general. These thoughts and beliefs are primarily learned in childhood and impact how we perceive ourselves and others. Schemas may include beliefs that lead to mistrust, abuse, and shame-based thoughts such as “I’m not good enough,” “I’m a loser,” and “I’ll always be a failure.” These schemas cause us to act in negative and harmful ways and impact healthy emotional functioning.

Life scripts was developed by Eric Berne for use in treating clients using Transactional analysis (TA). Essentially, life scripts are developed in childhood and act as a guide or direction for where our lives will go. We learn these scripts when we are young as we try to cope with and make sense of the world in the best way we know how at the time.

Life script ideas might include the beliefs and thoughts such as “boys don’t cry” or “don’t question authority.” Both life scripts and schema are absorbed by children from their parents, media, religion, and the dominant culture. They are then internalized and acted upon as if they were true.

How Cognitive Therapy Addresses Beliefs About the Self

Cognitive therapy posits that people upset themselves by the thoughts they have rather than any particular situation or circumstance. The Greek philosopher, Epictetus, is often used to illustrate the idea of cognitive therapy—“Man is not disturbed by things, but rather the views he takes of them.”

Cognitive therapists have identified many cognitive distortions that are universal. These include labeling, discounting the positive, emotional reasoning, dogmatic demands, mind-reading, fortune-telling, and overgeneralization. The goal of cognitive therapy is to help clients identify and then challenge these distorted beliefs and replace them with more rational and realistic beliefs. While schemas and life scripts typically occur on an individual level, millions of people might have learned the same messages from their parents or from the culture at large.

We come to believe that if we are not in a relationship with someone rich, accomplished, attractive, and desirable, we are not successful.

Many of the schema and life scripts we learn have to do with other people and relationships. We may pick up the idea that in order to be loved, we must be agreeable or passive. Perhaps you were taught you were a “princess” and were entitled to a “prince.” Maybe you learned that in order to be secure, you must marry someone rich, or to be important, you must be with someone famous. These ideas are supported by popular culture. The most famous and powerful people in the world are seen as role models to be envied and copied. We come to believe that if we are not in a relationship with someone rich, accomplished, attractive, and desirable, we are not successful.

Peruse some dating apps and you will find people who look for others with high social value—doctors, lawyers, entrepreneurs, and other professionals. People must have perfectly toned bodies, high income, and a great complexion. For women, height in a man is often preferred, whereas for men, perhaps due to wanting children, youth is typically at a premium. Users of dating apps set the filters to weed out undesirable characteristics and hope to get the perfect partner who is rich, attractive, fit, healthy, successful, powerful, and stable. Often, we demand in others qualities we do not ourselves possess.

When these desires are raised to the level of demands and entitlements, it becomes a problem. We believe we deserve someone who looks like Chris Hemsworth or Scarlett Johansson and someone who has the money of a Bill Gates or an Oprah Winfrey. From the time we were young, we may have been told or had picked up through media that our worth was tied to who we were partners with. These schema, or life scripts, cause us to dismiss anyone who doesn’t meet up to the beliefs we absorbed growing up and that were reinforced by popular culture. This is often why both dating apps and professional matchmakers are not as successful as you would imagine.

Invest in Yourself: Switch the Script and Change the Schema

Until people are able to change the unrealistic, distorted, and harmful schema we have been raised on, we will likely continue to dismiss good, caring, and loving partners because they don’t measure up to what we’ve been told, taught, or learned. Fortunately, just as cognitive distortions can be identified and replaced, so too can schema and life scripts be changed and replaced.

If you have been on a dating app for at least a year or working with a matchmaker and no one has matched your criteria, it is unlikely they ever will. Are there really no good men and women out there? Is it realistic that after looking at thousands of profiles and being set up with dozens of prospective dates, you haven’t seen or met anyone who is a good match? The answer is that your soulmate could have been “swiped left” by you. Worse, it may continue happening unless you do meet that perfect person and they find you to be just as perfect.

Invest in yourself. Talk with a trusted therapist or counselor about helping you address these harmful and dysfunctional schema and life scripts. Become the real you rather than following the script that was written for you long ago. If you want to find love, you need to find you. The real you. The authentic you. Writing your own script could help ensure it has a happy ending.