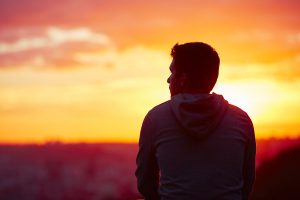 New research suggests self-regulation of emotions is possible by using an innovative electroencephalogram (EEG) technique to measure activity in the amygdala—a region of the brain associated with emotions such as fear. The findings highlight an important leap in the technology typically used in amygdala-focused neurofeedback methods that might make it more widely available.

Neurofeedback is used to present visual or auditory representations of amygdala activity. However, the location of the area deep within the brain’s core usually makes it necessary to use fMRI (functional magnetic resonance imaging) to measure and relay the relevant activity, requiring a large, expensive piece of machinery that is often difficult to access. There now appears to be a viable alternative that works with less expensive and more widely available EEG devices. This may make it easier and more affordable for people to learn how to monitor and regulate their own emotions, especially if they are experiencing anxiety or stress.

A trio of experiments tested the performance of the new system, which is called an amygdala electrical fingerprint EEG (amyg-EFP). The first experiment included 24 people in a typical neurofeedback design. Each participant had their amygdala activity recorded by both the amyg-EFP system and a traditional fMRI.

During the sessions, participants were provided with auditory feedback and asked to lower its volume by concentrating and using any mental strategies they believed to be effective. Half of the group heard the audio generated by the amyg-EFP readings, while a control group was given random sounds. The results showed participants receiving the real feedback were able to modulate their emotions and the electrical activity in their brains using this method.

The second experiment placed 18 participants in either a control group or a group that received real feedback from the amyg-EFP system. No training was given in the first experiment, but in this second test, all participants received neurofeedback training to help them reduce the feedback by concentrating on regulating their emotions. As expected, a comparison of measurements before, during, and after the training revealed it was only effective for those receiving real feedback.

The final experiment included 40 participants, who were asked to complete a task designed to measure how well they could regulate their emotional activity. The results showed that those learning to reduce their amygdala activity were also able to improve their behavioral emotion regulation.

Amygdala-Focused Neurofeedback May Not Need Training

Little instruction was given to participants during the first experiment, demonstrating how the newly developed amyg-EFP neurofeedback method may even be useful without prior training. This possibility is consistent with the findings of another newly released study published in the journal Frontiers in Human Neuroscience, which suggested people can effectively regulate their amygdala activity without structured training or strategies.

Researchers caution that this technique has not been studied on those who are experiencing more serious mental health conditions, so further research is necessary to determine whether it will be effective for conditions such as posttraumatic stress. However, researchers are optimistic that the implications of this study could pave the way for a wider availability of affordable neurofeedback treatment options.