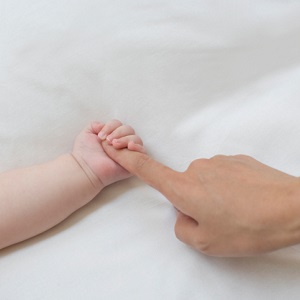 The field of obstetrics has rapidly minimized the risks preterm babies face. Among “late preterm” babies—those born between 32 and 36 weeks gestation—outcomes are generally excellent, and parents may not even conceive of their babies as premature. These babies accounted for 8.1% of all births in 2012, and the U.S. has the highest preterm birth rate. A new study of late preterm babies suggests that they may have ongoing differences in brain development, giving doctors and pregnant women a strong incentive to allow babies to remain in utero as long as possible.

The study’s lead author, Jennifer M. Walsh, of the Melbourne-based Royal Women’s Hospital, argues that, in very early preterm babies, brain damage is often more obvious. Most studies of preterm births look at these children, but children born at 32 to 36 weeks gestation account for 80% of all preterm births.

To study the effects of preterm birth on these babies, researchers used magnetic resonance imaging (MRI) machines to compare the brains of 199 late preterm babies to the brains of 50 babies born between 38 and 44 weeks gestation. The researchers found that preterm babies had smaller brains at term-equivalent age (the age at which the babies normally would have been born) than their full-term peers had at birth.

Preterm babies also showed less myelination in one area of the brain, and less developed gyral folding than full-term babies. Myelination and gyral folding play important roles in early brain development, and much brain growth occurs during the last two months of pregnancy.

Reducing the Risk of Preterm Birth

The researchers point out that medication coupled with developmental interventions can help undermine the effects of preterm birth. Preventing unnecessary preterm births, though, dramatically reduces babies’ susceptibility to a host of developmental problems. In 2012, the March of Dimes gave the U.S. a “C” grade for working to reduce the preterm birth rate. The National Institutes of Health recommends five key strategies to reduce preterm birth in the United States: