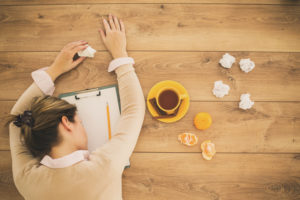 Workers who do not receive paid sick leave report higher levels of psychological distress, according to a study published in the American Journal of Orthopsychiatry.

The Link Between Paid Sick Leave and Mental Health

The study gathered data on 17,897 American workers who participated in the 2015 National Health Interview Survey. Participants answered questions about paid sick leave. About 40% had no paid sick leave.

Other factors—including being female, being younger, being in worse health, smoking, inadequate sleep, or having a chronic health condition—also increased the risk of high psychological distress. Even after controlling for these factors, the study found people without paid sick leave experienced more psychological distress than their peers. They were also 1.45 times more likely to say their distress interfered with their activities or life.