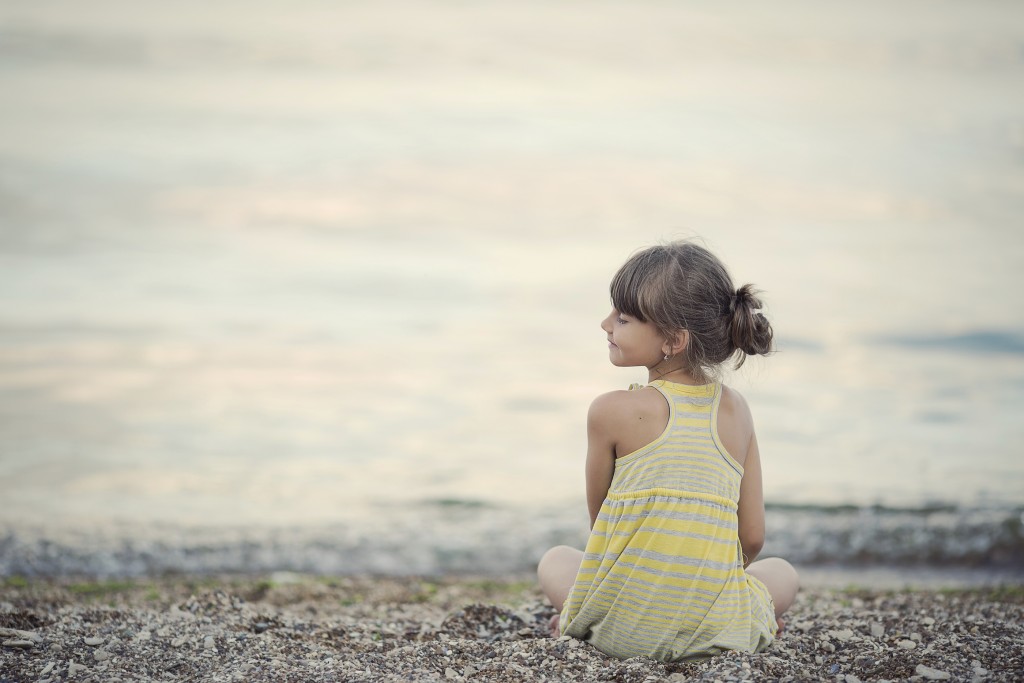 Children experience just as many challenging emotions as adults do, but they have less control over their lives and environments, making some emotions more difficult to manage. Though many parents teach children to talk about their emotions, some feelings are too overwhelming to immediately discuss. A new short film, Just Breathe, aims to help children manage emotions that are too big to discuss.

The video, created by filmmakers Julie Bayer Salzman and Josh Salzman for Amy Poehler’s Smart Girls, features kids talking about their emotions, what happens in their brains and bodies when they feel overwhelmed, and how mindfulness practices can help them calm down, breathe, and control their emotions in a healthy way.

How Your Brain Is Telling You to Vote

Your brain isn’t an independent entity that controls how you vote, but the way your brain works can subtly affect voting decisions. According to a new study, the lateral orbitofrontal cortex must properly function for voters to cast votes that rely on different sources of information. If this brain region doesn’t correctly function, voters may rely solely on a candidate’s appearance.

Smiling Can Lead to New Relationships

If you want to make a new friend or impress a potential romantic partner, a smile could be key. Researchers found that people were more drawn to those who expressed positive emotions, that strangers report more feelings of closeness to those who smile, and that dating couples were able to accurately assess their partner’s feelings. Don’t fake your smile, though. Researchers found that a Duchenne smile—a genuine smile that moves both the eyes and the cheeks—produced more positive results.

Does Summer Make You Depressed?

Seasonal affective disorder, a seasonal variant of depression, is commonly associated with the low light, cold weather, and short days of winter. But some people find that summer is the more depressing season. People who get depressed in the winter tend to sleep longer hours and eat more, while those who face summer depression frequently struggle with insomnia and decreased appetite. Those who struggle with summer depression may face an uphill battle, since scientists aren’t sure how to treat it. While winter depression often responds well to light therapy, there’s no similar antidote for summer forms of seasonal affective disorder.

If you struggle with concentration after a bad night’s sleep, eating less at night might help. Eating is a common way to cope with insomnia, with most people eating about 500 calories late at night when they can’t sleep. To test how this affects cognitive functioning, researchers recruited 44 adult volunteers, then limited them to four hours of sleep for four nights. On the fourth night, half of the group had unlimited access to food and water, while the other half avoided both from 10 p.m. to 4 a.m. Both groups underwent memory and thinking tests at 2 a.m. The group who didn’t eat late at night performed better on these tests.

Some stroke survivors face chronic pain that can lower their quality of life and slow the recovery process. But transcranial magnetic stimulation, a non-invasive form of brain stimulation, may help. In a small study of 18 patients, 11 (61%) received relief from weekly treatments.

Study: Bomb Blasts May Cause Early Aging in Brains of Troops

The effects of exposure to roadside bombs aren’t always immediate. Scientists at the Department of Veterans Affairs (VA) have found early signs of brain aging in Afghanistan and Iraq veterans. Brain wiring tends to deteriorate with age, but brain scans on veterans suggests that those exposed to roadside bombs experience brain aging at a more rapid rate. Many veterans report they never experienced symptoms immediately after exposure to the blast. Some reported experiencing symptoms, but the symptoms eventually disappeared, causing doctors to believe their condition had improved.

The Wounded Warrior Project, which aims to help injured veterans, has approved a $15.7 million dollar grant to UCLA’s Operation Mend. Operation Mend is a part of the Warrior Care Network, which works to connect veterans and their families with quality mental health services. Warrior Care Network and the Wounded Warrior Project will, over the next three years, commit an additional $100 million to an initiative that will provide services to veterans at Emory University’s Veterans Program in Atlanta, the Red Sox Foundation and the Massachusetts General Hospital Home Base Program in Boston, and Rush University in Chicago’s Road Home Program.