Is Up Really Down When It Comes to How We View Bipolar? 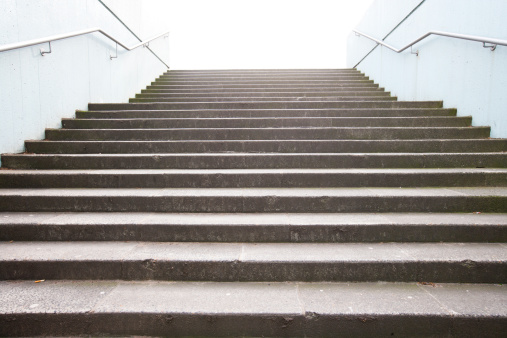 Is bipolar an emotional roller coaster filled with ups and downs? Do all people need to be on medication if they have bipolar? Does medication treat the issue? Is it a unique brain disease? The general public and even many clinicians lack information in their knowledge base regarding bipolar. This has created vast misconceptions defining its clinical landscape.

Our beliefs tend to become embedded without thorough examination of the ideas we are exposed to. The very ethics and efficacy of diagnosing bipolar are questionable given the complexity of presenting symptoms paired with research-based forecasts. Fatalistic predictions can be detrimental. As a Western society, how did we get here?

The 1980s brought us more than bad hairstyles and habitual cocaine use. With the publication of the third edition of the Diagnostic and Statistical Manual of Mental Disorders in 1980, the diagnosis of “manic depression” was officially changed to “bipolar disorder.” One impetus for this change was to reduce the stigma or negative connotations surrounding the terms mania and manic as these relate to “manic Monday” or the word “maniacal.” At the time, it was also believed that there was a significant difference between “unipolar” or major depression and the depression experienced by individuals with bipolar.

The American Psychiatric Association (APA) believed this was an important differentiation. What was born was a descriptively inaccurate title for the criteria of symptoms. The name—bipolar disorder—no longer implicitly contained the clinical specifier “mania.” This introduction occurred in tandem with the direct-to-consumer marketing of the “chemical imbalance theory.” The theory of serotonin deficiencies in the brain causing depression was widely promoted by pharmaceutical companies with the emergence of Prozac in 1987.

The name of the condition now contained the word “bipolar,” which is defined as “having or involving the use of two poles or polarities.” This definition can erroneously lead individuals to think of bipolar as meaning extreme happiness juxtaposed with periods of depression. Additionally, people are often labeled “bipolar” or “being bipolar”; an adjective that is used to describe things or experiences all of the sudden encompasses the individual diagnosed with bipolar. This misinformation is often disseminated across social and mass media. Kylie Jenner’s tweet in 2013 regarding her statement, “I’m so bipolar” caught a lot of attention, largely among those offended by its flippant nature.

The most simple description of bipolar I is that there is evidence of one or more manic episodes tending to alternate (but not always) with episodes of major depression. The National Institute of Mental Health (NIMH) describes bipolar as “dramatic shifts in mood […] more severe than the normal ups and downs that are experienced by everyone.” There is a clear, episodic nature to bipolar, which differentiates it from other forms of depression as well as other conditions. Exemplary of this process is the high rate of recurrence once the person is diagnosed. The estimated number of persons having another episode of mania or depression is 90%.

There is a cultural fixation on diagnosis and a medical model intervention for what is conceptualized as mental health symptoms. This can elicit spurious claims about the individual’s future based on presenting problems. How does this prognosis benefit the individual? Does it say anything about the cause?

Semantics and language etiquette aside, reliable data exist regarding the dynamics of bipolar. The average age of onset is 21. The lifetime prevalence in the general population is 0.5% to 1.5% (no difference between males and females). This means about one in 50 people will develop symptom criteria for bipolar. The research findings also suggest a genetic component to the condition. If you have a first-degree relative (e.g., parent) who has a diagnosis of bipolar, there is a 5% to 10% chance of developing it. Another way of looking at this is you have an approximate 10-fold increase in likelihood. However, it is important to realize that 90% of individuals with a first-degree relative who has bipolar do not go on to develop the condition.

To illuminate this further, if a mono-zygotic twin (i.e., identical twin) is diagnosed with bipolar, there is a 40% to 70% probability that his or her twin will develop the condition. These are two individuals who are genetically the same, and yet a significant number (30% to 60%) of those individuals do not develop symptoms of a manic episode. One theory is the role of underdiagnoses, but it is safe to say there are other components protecting and precipitating bipolar. The factors bypassing genetics are the social and environmental variables. Major life events and family strains are risk factors in the symptoms and course of bipolar.

Clues or signals in youth of burgeoning symptoms for bipolar include anxiety, substance use, and risk-taking behaviors. Of adults diagnosed with bipolar, 44% meet criteria for anxiety, 20% also meet criteria for a personality issue, and an astonishing 65% to 70% have co-morbid substance use issues. These data suggest that a straight diagnosis of bipolar is inaccurate. What we are calling “bipolar”—statistically speaking—is a person struggling with mood and anxiety issues with attempts to manage symptoms via substances and who often has severe interpersonal difficulties across his or her lifetime. Also, factoring in the prevalence of trauma would give us a sense of causation for these struggles.

The numbers become more ominous when you take into account suicide rates. The suicide rate for bipolar is the highest among all DSM-5 diagnoses. Within a given year, the suicide rate is 15 to 20 times higher for individuals with bipolar than among the general population. If a person with bipolar attempts suicide three times in his or her life, statistically, he or she can be expected to die of suicide. The ratio of suicide attempts and suicide for the general population is 30 to 1.

Thankfully, there is a medication that reduces the risk of suicide and helps prevent manic episodes: lithium. It is the lightest metal on earth and a naturally occurring element, so it is not a patentable medication. You will not see television commercials promoting lithium use with formerly morose, now smiling individuals who are walking hand-in-hand on the beach. This typical pharmaceutical commercial scene includes an omniscient narrator bulleting through the potential side effects: headache, nausea, insomnia, irritability, blurred vision, suicide, etc.

Lithium has been known as the “gold standard” medication for bipolar treatment since the 1970s. It is prescribed as a mood stabilizer, with the dose dependent on how it is metabolized in the body (i.e., through the kidneys, etc.). The paradox with lithium is that it is life-saving for many with bipolar but also lethal at high levels. It decreases impulsivity, but an impulsive decision to intentionally overdose on lithium can be deadly.

Lamictal (generic name lamotrigine) has been trending lately as an intervention for bipolar. The impetus for this movement came after research trials showed a modest effect difference between lamotrigine and placebo to prevent depressive episodes.

The fine print in the study reveals the financial support of companies such as GlaxoSmithKline, Janssen and Eli Lilly, to name a few. The slight clinical difference opened up a multibillion-dollar market for Lamictal sales after being approved by the Food and Drug Administration in 2003 for the treatment of bipolar. Unfortunately, both lamotrigine and lithium are prophylactic medications. One prevents depressive episodes (lamotrigine) and the other resists the breakthrough of manic symptoms (lithium). Medication and other strategies contain symptoms of bipolar, while psychotherapy and spiritual practices can be used to facilitate lasting recovery.

Lamotrigine and other new agents (Zyprexa, Depakote, etc.) that have been used for other medical problems (psychosis, seizures) have become popular, but have not made clear advancements in treatment for bipolar. The astonishing fact related to medication “adherence” is that 60% of individuals with bipolar will independently discontinue their medication in their lifetime. More so, between 40% and 60% will stop their medication within the first year after being hospitalized.

There is a cultural fixation on diagnosis and a medical model intervention for what is conceptualized as mental health symptoms. This can elicit spurious claims about the individual’s future based on presenting problems. How does this prognosis benefit the individual? Does it say anything about the cause? Some of the claims are rooted or informed by scientific findings, but most of the pessimistic information can be found via a quick Google search (e.g., frequency and severity of episodes).

Describing behavioral symptoms from a classification model—in the same manner as a prognosis one receives for cancer—can at times benefit, but more likely will disarm, the individual. For example, individuals who are told they meet the criteria for schizophrenia via psychoeducation are significantly more likely to commit suicide.

Individuals experiencing mental health problems are entitled to a comprehensive, therapeutic investigation and collaborative reflection of the totality of their experience. This must take place in the here and now, to establish meaning out of what we call “symptoms,” as opposed to shorthand cataloging (i.e., diagnosis) to inform a didactic medication intervention.

The information I have gathered over the past two decades elicits questions in my mind: Is the model of diagnostic prediction for a person’s future and biochemical intervention helping people improve their mental health in the long run? Should we consider a jargon-free, person-centered approach to treatment with an emphasis on nonjudgment and curiosity?

I used to believe bipolar was a genetic disorder, caused by a chemical imbalance in the brain, and that psychotropic drugs were the panacea. What do you think?