Is Shyness Something Parents Should Be Concerned About? 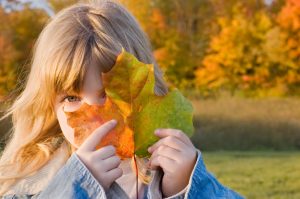 Parents often come to my office concerned that their child is shy. Is shyness something parents should be concerned about or is it a personality trait (“Oh, he’s just shy!”)?

It is easy to confuse being shy with being an introvert. However, the two are very different.

Introverts derive energy from alone time. They may want to engage others, but prefer engaging on their terms. Introverts also tend to prefer to avoid small talk and may be uncomfortable in large groups.

Shyness is a tendency to feel awkward, worried, or tense in social situations, especially with unfamiliar people, and may be associated with physical symptoms such as sweating or a pounding heart. There may be concern about being judged or rejected. Shyness is not about evading interaction with others as much as it is about the anxiety experienced when interacting with others. But there might be more to it.

A recent study suggests approximately 20% of people are born with a personality trait called sensory perception sensitivity (SPS), which can present as a predisposition to be self-conscious and reserved. The SPS trait is observed in children who are reserved and need time before interacting comfortably with others. The study found children with the sensitivity characteristic may take longer to process and observe. They also may become more anxious around noise and crowds.

Are There Advantages to Being Shy?

Although shyness is often believed to result in negative outcomes, the personality trait of shyness can be used to one’s advantage. We need to get away from viewing shyness as pathological and instead view it as a way to think actively about situations.

Those who are shy tend to have different thinking patterns than those who are more comfortable interacting with others. They are deep thinkers who tend to make well-thought-out decisions. Those who are shy may have minds that wander, which can be advantageous to the creative process. This can be especially valuable in today’s workforce.

As noted in the study above, people who are shy tend to be very observant and can pick up on parts of a conversation others do not. They are also able to perceive and read facial expressions that express specific emotions. This is due to the level of sensitivity those who are shy tend to have, which in turn contributes to their ability to be empathic.

Those who are shy tend to be great listeners. They can also be great conversationalists because they are in tune with what others are saying. It may become difficult for those with shyness to respond in conversations where a response is expected quickly. This may be due to the self-imposed pressure they put on themselves to come up with a good response in short order.

Those with shyness care about what others think of them. They tend to have an intense desire to be perceived in a positive way; this is innate given that being perceived in a positive light stimulates the reward centers of the brain. Concern about what others think can be beneficial in terms of self-awareness. However, being overly concerned about the opinions of others can be detrimental to the process of forming one’s identity and authentic self.

Tips for Parents of Children with Shyness

Being extroverted is often more valued and accepted in our culture than being introverted or shy. Children with shyness may have a difficult time feeling accepted in social situations where there is a negative perception of shyness. As parents, we need to remove judgment and shaming with children who have shyness. Parents should avoid labeling and sending negative messages to children about their shyness.

As parents, we need to remove judgment and shaming with children who have shyness.

Instead, be empathetic toward children with shyness and an introverted nature to demonstrate their feelings are understood. A child’s shyness should not be viewed as something that needs to be changed. Our culture has a tendency to undervalue introverts, who often thrive in environments and roles that require a great deal of care.

There are strategies parents can use to facilitate children accepting their shyness and using it as a strength. Modeling everyday interaction with others is helpful in teaching children with shyness social skills. By adulthood, those who have shyness may have mastered the ability to be more extroverted as needed. Despite that, it’s important parents communicate to children it’s okay to return to the quiet.

As with all kids, children with shyness need to be met with tender, loving care. They are not deficient or disordered. The sensitivity that comes with being shy should be viewed as a gift.