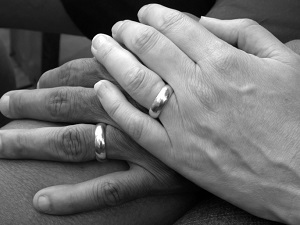 Marriage rates appear to be dropping significantly, causing some to question whether marriage as we all once knew it is going the way of the home phone and cassette tape. According to a recent article by Stephanie Coontz, a professor at The Evergreen State College in Washington state, marriage rates dropped by nearly 66% for women from 1950 to recent years. But those statistics, notes Coontz, provided by volumes of recent research, do not consider marriage through the ages… literally.

Coontz says that most researchers have focused on people under 30 to determine marriage rates. However, in the past decade, the average age of marriage has risen from the early 20s to the late 20s for both men and women. In fact, Coontz points out that studies suggest that nearly one in three women wait until they reach their 30s to marry. She also reminds readers that although the face of marriage has changed in the last half century, most people still hold marriage in high regard and do eventually marry.

Coontz and others recognize that marriage is not the be-all end-all for major life transitions. People no longer wait until they are married to purchase their first home, start a family, buy a business, or make major life leaps. Another trend bucking the historical record is cohabitation. Popular consensus among relationship experts and psychological minds was that cohabitation led to a higher chance of divorce. And yet new evidence points to a new protective factor provided by cohabitation. Rather than leading to divorce, cohabitation appears to act as a buffer from it.

Another interesting shift is that high-income-earning women are more likely to cohabitate, marry, and then have families, in that order, than lower-income-earning women. Overall, Coontz believes that the disestablishment of marriage is similar to that of religion that occurred after the American Revolution. People are no longer penalized or scorned if they do not conform to traditional marital roles. Instead, they are encouraged to pick and choose the marital arrangement that works best for them.

This process of personal selection can indeed affect the marriage rates, especially among younger people. “But it’s not that we’re doing a worse job at marriage than our ancestors did,” said Coontz. “It’s that we demand different things from marriage than in the past.”