Is It Worse to Be Bullied or Ignored at Work? 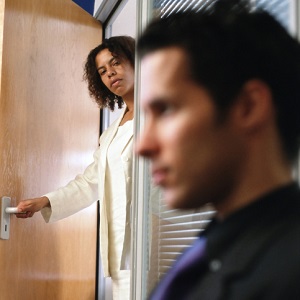 Workplace bullying is a common experience. The Workplace Bullying Institute shows that 27% of Americans have been bullied in the workplace at some point, and 7% have been bullied in the last year. Mental health experts continue to explore the psychological effects of bullying, and anti-bullying campaigns have increasingly raised public awareness about harassment at work.

A new study, though, suggests that workplace bullying isn’t the worst experience people can have at work. While most people believe that being ignored is less problematic than being bullied, this study has found that people who feel neglected at work actually experience more trauma or emotional distress than those who experience bullying.

To determine the effects of workplace ostracism and bullying, researchers actually conducted three separate studies. The first study surveyed workers on their views about bullying and exclusion, and found that workers took workplace ostracism less seriously than bullying.

The second study asked workers about their experiences with workplace ostracism and bullying. The survey found that workers who felt ignored or isolated at work reported more negative attitudes toward their jobs, a lower overall sense of well-being, and a decreased sense of belonging at work. A third study administered the same survey a second time to a different group of workers and arrived at the same results.

The study was specifically designed to measure the effects of isolation at work, so should not be taken as evidence that workplace bullying is not a big deal. Instead, this research sheds light on the many ways that troubled work relationships can affect psychological well-being. For some workers, ostracism may even be a form of bullying, such as when a group of employees decides to target a co-worker by ignoring him or her. Researchers have long known that social isolation is psychologically damaging, and previous research has hinted at negative health effects for people who feel excluded.