Is It Enthusiastic Video Game Playing, or Addiction? 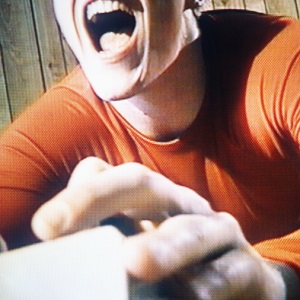 Every generation embraces at least one new form of technology. Often, the older generation worries that the new technology will destroy the foundation of civilization. Video games are no different, and virtually every child who grew up with video games has heard a parent complain that the games rot brains, destroy families, or interfere with homework.

While video games are often the subject of unfair derision, they can become a serious, addictive problem. Video game addiction is a serious matter that can destroy relationships, throw careers off-kilter, and leave people struggling to rediscover their place in the world.

Like video games themselves, video game addiction has long been a subject of controversy. The most recent version of the Diagnostic and Statistical Manual, or DSM-5, doesn’t list video game addiction as a mental health disorder, though the American Psychiatric Association argues that internet gaming problems warrant more research.

Is It Addiction or Just Enthusiastic Gaming?

Zaitsoff hasn’t yet completed his research, and research into the nature of video game addiction remains limited, with mixed and often contradictory results. If you’re concerned about your own gaming or the gaming practices of a loved one, though, consider the effect gaming has on your life. Rather than evaluating how much time you spend gaming or how much you enjoy it, evaluate your symptoms. If you experience several of the following symptoms, it could be time to seek help:

Video game addiction doesn’t necessarily mean you have to give up gaming altogether. Indeed, video gaming can have positive social, cognitive, and emotional effects. Just like any other behavior, though, when gaming becomes the sole focus of your life, therapy can help you put things back into perspective.