Is Divorce as Bad as You Think? Maybe Not 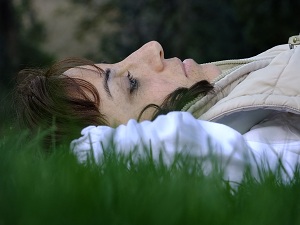 Here we are in 2012, and not much has changed. Divorce is a dirty word, and it has been referred to as “contagious,” as if it is some awful disease. Being divorced—or even single, for that matter—is often seen as undesirable and tragic. Marriage, in contrast, is seen as a rescue ship from singledom, a guarantee of eternal happiness.

Most of what you know about marriage and divorce comes from external sources. From the happily-ever-after stories ingrained in you from Disney movies to the volatile divorce conflict between your parents growing up, your perceptions of marriage and divorce live inside of you both in and out of consciousness. When you combine this internal schema with your present-day outside influences, you may find that processing your experience of divorce can be confusing and conflicting. You may feel completely at peace with your divorce, but find that friends and family look at you with pity and regret. You may also feel like a complete wreck inside, while people around you can’t understand why you aren’t simply relieved to be out of the relationship.

The important thing to remember is how you choose to experience divorce is completely up to you. Divorce is not contagious, nor is it hereditary. It is simply a life transition that forces you to challenge everything you thought to be true.

What you believe colors the way you see the world. Your beliefs are powerful and have a great impact on how you feel and behave, and they will ultimately affect the quality of your experience as you transition through and move on from your divorce. Beliefs can be categorized both positively and negatively, determined ultimately by how those beliefs affect your overall well-being. For example, if you believe your life is over because you are divorced, you may very well stop living. If you believe that your divorce could be a stepping stone to something better, you will aspire to make it happen. The choice is yours.

Here are five steps to help you begin uncovering your beliefs about marriage and divorce so you can develop perceptions that benefit you, and improve your well-being, as you move on from divorce:

As you begin to let go of negative beliefs, and incorporate more positive ways of seeing your experience and situation, you will begin to change both internally and externally. Remember that you don’t always have to believe what you think!