An Introduction to Relational Psychotherapy: The Human Connection 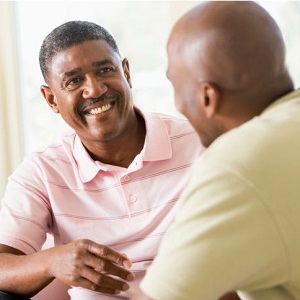 At some point in the therapeutic process a moment occurs that seems out of context. A tissue box is dropped. An offhand comment gets drowned out by the wail of an ambulance siren. The squeaky chair makes another embarrassing sound.

The familiar experience of the “awkward silence” might well be a good place to begin a discussion of relational psychology. It is during everyday gaffes like these that the two people in a room are reminded of their shared humanity. Nothing dramatic has occurred, yet in this moment of meeting, the roles between that of helper and client may appear temporarily confused.

Great therapists like Carl Rogers placed supreme importance on the way these occurrences break through the facade of inflated power often subconsciously imbued upon the therapist, allowing the client to play a more directive role in his/her healing. Relational psychotherapists have taken Rogers’s therapeutic stance somewhat further along. They believe that attention paid to awkward silences not only empowers the client’s executive powers to function, it also pays heed to a larger transpersonal realm that inhabits the space between therapist and client.

The contemporary psychological term “intersubjectivity” is typically used to point to the general backdrops that give dimension to our relationships. I met a man in line at the grocery store who, like me, was wearing a 49ers cap. Without talking, we simply shared a sad smile as we lamented the intersubjective state of being devoted fans to a losing football team. Such intersubjective states are always occurring on an implicit level, which gives us our sense of belonging (or not belonging) to the people and objects around us. Only rarely are we able to bring explicit awareness to these states, but they have deep effects on us nonetheless.

From the intersubjective perspective, an awkward silence is shocking to us not because it is out of context, but because it indicates a broader context that is only now brought to shared awareness. Our hourly therapeutic encounters, no matter what the treatment model, are laced with countless unnamed intersubjective moments. During the afterglow of such an event, I am moved beyond my practiced empathy as a clinician and find myself facing the unrehearsed value of the other. There arises a felt sense that something unique has emerged from our mutual contact.

The tissue box lays where it fell. In a blink, the tide of the client’s story and the therapist’s deep empathy has been interrupted. They are at a momentary loss on how to respond. A window opens on the unique transference (from the client) and counter transference (from the therapist) which has been silently active for some time. Imagine that the client has been seeking in therapy proof that all men will be as overprotective as her dad was to her. Imagine also that the therapist has been unconsciously seeking to confront the neediness of the women in his life. Suddenly, as they find themselves impatiently waiting to see who will finally reach down to pick up the box, an intersubjective mini-crisis has now appeared in the room.

Since the intersubjective domain occurs pre-verbally, it propels us through life with little regard for our other conscious activity. The potential for change at the intersubjective level occurs in a space of time lasting only between eight and fifteen seconds, according to infant researcher Daniel Stern.

These special present moments, when they suddenly arise, threaten the status quo of the relationship and challenge the intersubjective field as it has been mutually accepted up until then. These are moments of kairos, instances of opening for change. They test the therapist and the therapy. They set the stage for a crisis that needs some kind of resolution.

The resolution occurs in a different special present moment called a moment of meeting. When successful, the moment of meeting is an authentic and well-fitted response to the crisis created by the now moment.”(p. 220)

With the passage of time, relationships structured upon mutual transferences continue to occur yet it becomes possible to experience a unique space in therapy, which provides a counterweight to transference. As we loosen our instinctive grasp upon our tendency to lean toward the internalized self objects created by our earliest initial relationships, this new relational space embodies itself into action.

These moments of meeting are by no means static. They are co-creative and elicit a spiritual sensitivity to forces inherent to the act of relating itself.

Let us leave the tissue box where it lay for now. In upcoming articles and discussions, I hope to point out the actual practices and benefits of working within a relational model.

© Copyright 2010 by By Jonathan Bartlett, MA, MFT. All Rights Reserved. Permission to publish granted to GoodTherapy.org.