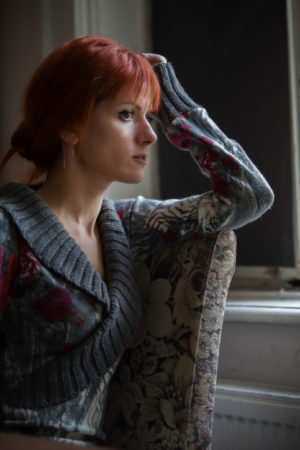 Abuse is a pattern of behaviors typically used to exert control over another person. Intimate partner violence (IPV) is a form of abuse between two people in a relationship together, such as dating partners or spouses. IPV can occur in relationships regardless of race, culture, age, sexual orientation, physical ability, or economic status. The Centers for Disease Control and Prevention (CDC) estimated in 2014 that, based on the number of reported incidents, IPV affects 20 people each minute in the United States, or about 12 million people each year.

Abusive behavior exists along a continuum ranging from minor to fatal and tends to escalate in intensity and frequency. Types of intimate partner violence include:

The Effects of Intimate Partner Violence

Victims may experience numerous effects and consequences as a result of IPV. As the duration, number of types, and severity of abuse increase, the likelihood of developing mental and physical health issues also increases.

Mental health issues that may result from IPV include:

Asking people in abusive relationships why they stay or pressuring them to leave is unhelpful and should be avoided. Asking “why” can increase the survivor’s self-blame, guilt, and sense of shame.Keep in mind that abuse survivors have a right to make their own decisions. Instead of asking why the person stays, it can be more helpful to offer your support. You can express concern about the abusive person’s behavior and the survivor’s safety. Offer to babysit occasionally or to prepare a meal, provide a safe place to stay, or help the survivor identify or obtain services in the community.

Be mindful that perpetrators often try to isolate their partners and may be suspicious of their partners interacting with others. Try to avoid direct confrontation with the perpetrator, as it could be dangerous for you or to the person you’re trying to help. Keep the abused person’s safety as well as your own in mind when providing help.

Counseling and advocacy are additional options available to help survivors. Working with a therapist or other mental health professional may help victims weigh pros and cons of leaving, create safety plans, obtain legal assistance if desired, and create a safe space where survivors can process difficult subject matter they may not feel comfortable sharing with anyone else.