Boundaries, Bodies, and the Beauty of Interdependence 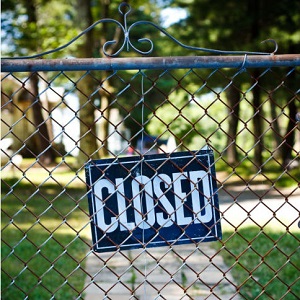 In an eating disorders therapy group that I run, we’re exploring boundaries. Merriam-Webster defines a boundary as “something that indicates or fixes a limit or extent.” Boundaries, in this case, are the psychic dividing lines that we use in interpersonal relationships to determine how many yeses and nos we give and get, what and how much we ask for, and what and how much we refuse. A disordered relationship with food is an expression of boundaries gone awry: being too selective or not selective enough about what we eat, taking in too much or too little, taking in too much and then pushing away too much, or refusing too much or too little.

For an under-eater, taking in too little food correlates to rigid interpersonal boundaries that keep out unwanted advances, but also keep out support and prevent intimacy. An under-eater expends more (calories) than he or she takes in, or gives more (to others) than is taken. For an under-eater who overexercises, actively pushing out more than is taken in parallels the comfort found in doing for others versus the discomfort of asking of others. This is just one way that a disordered relationship with eating and exercise illustrates the theme of giving more than receiving.

An overeater who takes in more than is needed might have flimsy or overly permeable boundaries and get taken advantage of by others. Overeaters often also prefer to do for others rather than ask others for help, but in this case the food is a substitute for attention, care, and support: The overeater takes in more food than is needed, and less than is needed from others. And the person who binges and then tries to get rid of food via vomiting or laxatives likely has unstable boundaries, allowing others to get close when more distance is appropriate, and then reacting by feeling uncomfortable and pushing people far away. That person craves connection to others, but doesn’t believe he or she truly deserves it, or feels threatened by it.

These are broad generalizations, but they illustrate some of the issues that disordered relationships with food and body are about. In each case, the relationship with food mirrors interpersonal relationships, expressing beliefs about how much help, support, and caring a person needs and deserves. Along with these ideas come beliefs about dependence and independence.

I once was speaking with someone about her eating problems, and suggested she lean on her boyfriend, who lives with her, for support. I said he likely would understand because he once had a problem with marijuana. She responded by saying, “He stopped smoking pot by himself.” Because her family is neither financially nor emotionally supportive, she had come to believe that she could depend only on herself. Also, because she had been teased and criticized about her size since childhood, she believed that she must not show any hurt or weakness. She had made being “strong and independent” a way of life.

She has become what I call “anti-dependent.” Her attitude went beyond healthy independence to an extreme wherein she could not admit normal vulnerabilities and needs to others. She feared that if she let people know she was in emotional pain or having a hard time with eating or body image, she would be opening herself up to be hurt. And she feared that if she asked her boyfriend for support, he would perceive her to be a burden and leave her. She also was afraid to say “no” to a request from someone else, so between over-giving and under-taking, she was like a dry well.

She is a human being and therefore subject to the same laws of nature that govern all humans. She had needs, but the coping strategies that she had devised to survive her childhood had made her unable to acknowledge her emotional pain or to ask for what she needed. Food had become her main source of comfort and security. For years, she’s been taking in too much food because she’s taken in too little from others, given too much to others, and is starving for what she truly needs. Since she has established an anti-dependent stance with people, she’s become dependent on food.

Another young woman believes she can’t survive without being in a relationship. She also believes that if she gains weight, her boyfriend will leave her. She tries to control her food intake by counting calories and preparing all meals herself. She skips breakfast, packs a lunch, forgoes snacks, and if it’s a night when her boyfriend is busy, she worries that he’s losing interest in her or that he’s found someone else. She makes a “safe” dinner, but feeling still hungry and anxious about her boyfriend, she starts to binge. After binging, she makes herself throw her food up, then binges and vomits again. She might do this three or four times in a night until, exhausted, she goes to bed.

She hasn’t told her boyfriend about her eating disorder, but she tells him often about her fears that he will leave her. He reassures her, and this feels good for a little while, but when he’s not with her the fears return. She grew up in a family in which she was praised her for her appearance and accomplishments, but that didn’t focus much on emotional states and needs. Although she is out of college and living on her own, her parents continue to provide much of her income, and she believes she can’t support herself financially. She doesn’t trust her own abilities, and has become dependent on positive feedback from others to feel okay about herself.

She believes she must be thin and pretty to keep her boyfriend’s interest, and that without a boyfriend life is bleak and empty. In her mind, this has been corroborated by her experience that when she’s been single, she’s been lonely and her binging and purging escalated. When she binges and purges, she feels worse about herself and believes she’s unlovable. She craves love, but doesn’t think she deserves it, and enacts this by taking in and then expelling the food she craves. She is what I think of as “overdependent.” She lacks a solid sense of herself and feels good only when she’s assured of love from another.