How Can We Say We’re Independent? 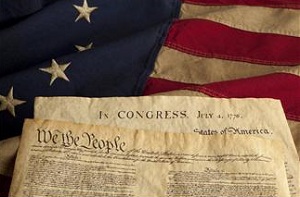 This month, Americans nationwide celebrate our becoming independent from the rule of Great Britain in 1776. Yes . . . I know we have things to celebrate – our families, our friends, our health, the freedoms we share that others may not. (I could say more about the freedoms … another time.) But there’s so much that we think, believe, feel about independence that is so distorted – subtly and obviously, and severely.

With all these distortions . . . How can we say we’re independent?

Independence. Many people grew up in what is often labeled as “dysfunctional families” – families with parents who had been wounded in their families. As a result, their children are wounded. This happens again and again because when we have been wounded, if we don’t heal our wounds we wound others, whether we intend to or not, whether we are aware of it or not.

Many people who are wounded are enmeshed in their families. They have not had the parenting they needed to support their growing up as the unique individuals they were and had the potential to be. Perhaps their moms (or dads, but we’ll use mom here as an example) got mad if they colored outside the lines or jumped in puddles. Their moms couldn’t be ok with the child’s aliveness enough to support their own daughter’s becoming a Georgia O’Keefe or their own son’s becoming a Gene Kelly, dancing and singing in the rain.

So these children followed mom’s rules and requirements and took care of mom’s fears by not being themselves. The children were trying to make sure mom wouldn’t be mad at them or abandon them. And they are still doing that today, whether they live it out in their lives or come to get help with it.

Others who are wounded, instead of following mom’s or dad’s rules, rebelled against their parents, deciding and insisting that “nobody’s gonna tell me what to do!” Or “you can’t make me do anything.” And because they rebelled, they really truly believed that they were independent of mom. They didn’t realize that by the driven rebellion against mom, they were just as tied to her as if they complied with her rules . . . maybe even more since the reality that they were tied to her was hidden beneath the rebellion.

If this can happen on an individual level, it can also happen on a communal level. Both in the United States of America and all over the world.

If we don’t explore within ourselves – individually, as a country, and as a group of countries – what’s going on inside us when we think we’re independent . . . we may find ourselves acting out like little children or teenage children, without even being aware of it. And being so unaware, we may come to believe that is maturity. When it is really not. When we are really not independent. When we are not really mature. When we are not really productive or constructive, but instead are destructive while believing we are not.

With this as a start, here are some of the limitless questions we need to ask ourselves about our being independent . . .

How can we say we’re independent when . . .
We lie and try to hide our lie behind something – ignorance, protection, or even the 1st amendment?

How can we say we’re independent when . . .
All we want is to prove someone else is a failure?

How can we say we’re independent when . . .
We blame others for our own shortcomings?

How can we say we’re independent when . . .
We claim God is on our side and against everyone else?

How can we say we’re independent when . . .
We’re so unconscious of ourselves
but believe we’re so conscious?

How can we say we’re independent when . . .
We insist “they’re” bad and we’re good;
Or the other way around,
that we’re bad and “they’re” good?

How can we say we’re independent when . . .
We insist the darkness is outside us
and only the light is within?

How can we say we’re independent when . . .
We falsely believe independence is rebellion,
a fighting against instead of an individuation from within.

How can we say we’re independent when . . .
Our stance is to war against . . .
and we know so little about collaborating with –
or if we do know about it we refuse to develop our ability
to live it?

How can we say we’re independent when . . .
The most fiercely independent women and men I know
use independence to defend against the deep pains and fears of real connection?

Even independence can be misused and abused.
When it’s a fight resulting from a splitting apart –
Us from others and us from ourselves –
We end up wounding others as a result of our own wounding.
That’s a misuse of independence.
When it’s a dedicated working toward wholeness
within each of us, within ourselves –
wholeness that comes from healing –
us with others and most of all us within ourselves . . .
That’s an exquisite use of independence.
That is us being our individuated selves.
And that is the prerequisite to inter-dependence.

Sadly, we believe independence is the finish line.
And sadly, the consequence of this is devastating for us,
individually and communally.

Independence is so very far from the finish line. . .
If there even is a finish line.
Believing we’re independent when we’re not and
living the distortions of independence
keep us from the ever-unfolding process that is truly possible for us –
the process of growing, healing, evolving, transforming
to truly fulfill our potential – individually and globally.

Related articles:
Independence? Not As Long As…
Even a King Needs Help…
When Someone Really Listens, We Heal