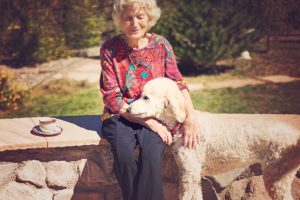 People leading a sedentary lifestyle are as likely to develop Alzheimer’s as those with a genetic risk, according to a study published in the Journal of Alzheimer’s Disease. The study highlights how both genetic and lifestyle can affect the ultimate development of dementia.

According to the Alzheimer’s Association, 1 in 3 seniors dies with dementia. Family caregivers spend an average of $5,000 per year caring for loved ones with dementia, and Alzheimer’s claims more lives than breast cancer and prostate cancer combined.

Inactivity and the Risk of Dementia

The study followed more than 1,600 Canadians who participated in the Canadian Study of Health and Aging for five years. Some participants carried a gene variant that is linked to an increased risk of developing dementia.

Among participants who did not have the genetic risk factor, exercise decreased the risk of developing dementia, while inactivity greatly increased the risk. People with the genetic variant who did exercise, however, did not significantly decrease their risk of dementia.

The study’s authors emphasize that most people who develop Alzheimer’s do not have the genetic variant. Those without the genetic variant may disregard their healthy genes if they are chronically inactive. This suggests exercise can be an effective strategy for lowering dementia risk. Researchers are not yet sure what type of exercise would be most beneficial for reducing dementia risk, but further research will compare the potential benefits of low-intensity and high-intensity workouts for aging adults.

Another recent study of more than 45,000 participants linked a healthy lifestyle—including exercise, a healthy weight, and a balanced diet—with better cognitive function and a reduced risk of dementia. The study also found people who remained active were more likely to eat more fruits and vegetables, suggesting an interrelationship between exercise, healthy eating, and a healthy brain.