I Hated My Body Until I Went to Therapy 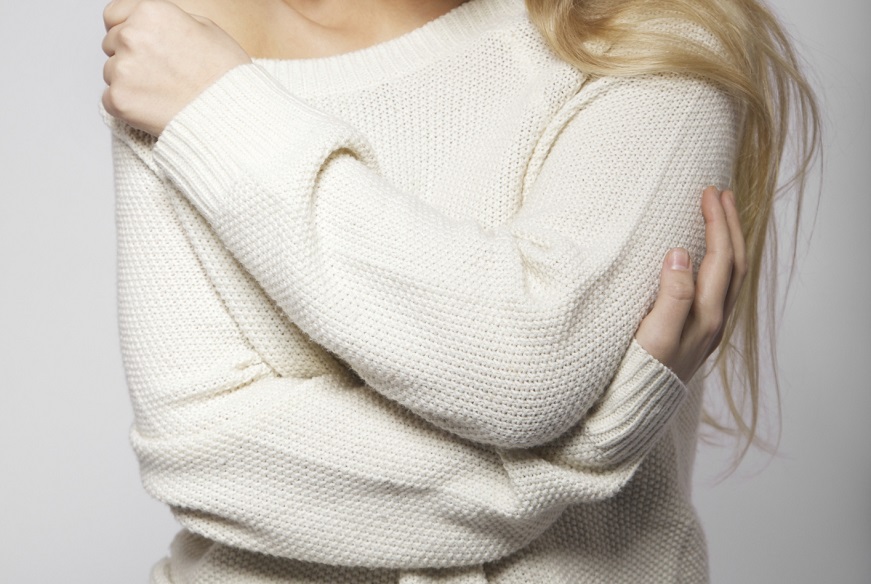 It wasn’t that long ago that I hated every part of my body: bones, muscle, skin, and everything in between. I’ve heard many call their own bodies a temple, but for a long time mine felt more like a prison. I wanted to trade it in for a new version.  I set out to change everything I possibly could about my body in hopes of becoming more like the images of women I saw all the time on television and in magazines.

The message I’d been receiving my whole life from the media said that if I wanted to be an accepted and attractive woman, I needed to look a certain way. If I wanted other people to like me, I had to meet certain standards. And if I didn’t meet those standards—if I wasn’t thin and beautiful—I didn’t deserve to have the experiences others had, and didn’t deserve their respect or recognition.

It started when my body began to change in middle school. Becoming a woman was a scary thing for 12-year-old me and I had a hard time coping with the transformation. Apparently, so did everyone around me. I was teased mercilessly, which only added to my self-doubt and insecurities. Frankly, middle school sucks. Everyone just wants to be accepted, but at the same time every girl is comparing herself to everybody else.

Things really became problematic when I started gaining weight. I felt like something was wrong with me and didn’t understand why I couldn’t stay skinny like the rest of my friends. I started skipping meals and counting calories in hopes of slimming down.

After nearly a year of excessive dieting and exercise, I reached my desired goal of a size 2. So it surprised me when it didn’t make me feel the way I thought I would. I still didn’t feel beautiful. I still couldn’t accept myself. I continued to obsess about any little thing I could, from stretch marks to cellulite to acne. There was always something wrong with me.

I didn’t look—or feel—healthy at a size 2, either. People constantly told me that I was too thin and my family became concerned that I might have an eating disorder. In spite of all this, I continued my quest to remain thin and kept trying to achieve my unrealistic standard of perfection. This went on for many years.

Eventually, I grew up and got married and became pregnant with my first child. I used my pregnancy as an excuse to stop obsessing about body image and focus on other things. It’s kind of funny to say, but those were probably the happiest nine months of my life.

But once I had my son, my issues with self-acceptance began to resurface. I had gained more than 50 pounds and everything about my body had changed. Even my hair was different, now thinner than ever before.

My body issues continued for the first several years of my son’s life. We would go to the pool and my son would beg me to get in the water with him, but I just didn’t feel comfortable in public in a swimsuit, so I’d send my husband instead. I’d look around at other women who weren’t “perfect,” who still managed to sport a bathing suit and hop in the pool without a care. I wondered why I couldn’t be like them.

There are so many opportunities like that I missed out on in life because I was worried about my appearance. On a particularly rough day for me, my husband asked what was bothering me. I had never talked with him about how I truly felt about my body and it all came out. Needless to say, he was extremely concerned. He said it sounded like I hated myself, and asked me to talk to someone to help me work through it.

The idea of therapy didn’t appeal to me—sitting on someone’s couch ranting about things I was sure everyone in middle school goes through did not seem like it would help. But I found someone and actually was honest about my distaste for having to sit there and tell my whole life story. I thought she’d force me to keep doing the same thing week after week … but instead she mentioned something called dance movement therapy as an alternative. I thought I’d give it a shot, and it turned out to be one of the best decisions I ever made. It truly changed my life.

Dance movement therapy uses movement to explore complex emotions like the ones I had about my appearance my whole life. While working with a wonderful, talented, and caring therapist, I started to find a sense of balance that I had never experienced when looking in the mirror. I lived most of my life feeling disconnected from my body, as if it were somehow separate from me.

Dance therapy helped me become what I describe as being self-aware. I began to appreciate my body for the powerful instrument that it was. I learned to listen to my body and treat it with respect. I finally began taking care of myself. Instead of excessively counting calories and pushing myself too hard at the gym, I started creating a different relationship with food and exercise.

Therapy wasn’t a “cure” and I definitely still struggle with body image issues, but dance therapy has been a wonderful catalyst for helping me change a lot of my thought patterns. I’ve developed a sense of appreciation for my body now, rather than constantly scorning it. Perhaps most importantly, in therapy I realized that true self-acceptance wasn’t going to come from any external change. What I really needed to work on was my relationship with myself and processing what contributed to the way I felt about my body. In some ways, I’ve learned to embrace imperfection. My stretch marks now serve as a reminder that I gave birth to a beautiful child.

This last summer I went to the pool with my 8-year-old son and I swam, wearing nothing but a two-piece bathing suit. It felt surprisingly good.