Outer Storms and Inner Storms: What Did Hurricane Sandy Trigger in You? 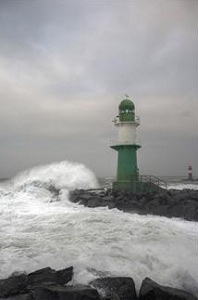 This could be a story about any storm …

Anywhere in our country …

Anywhere in our world …

The suffering caused by Hurricane Sandy is heartbreaking. The lost lives. The injured, cold, hungry, thirsty, grieving people. The destroyed homes and businesses, infrastructure, shores, and trees. The loss of power, communication lines, and ability to go someplace else. The gas lines and all the work people have to do now to clean up the mess. And more …

But the outer storm we on the East Coast experienced last week was not the only storm people encountered. Everything we experience can trigger things in us from the past … everything.  Even a hurricane. And when something is still alive within us from long ago—although perhaps beneath our conscious awareness—the feelings we have in the present day are not limited to the feelings about the current situation.

Our feelings include feelings we’ve had all through our lives in response to similar as well as different situations. As a result, the feelings we experienced about Hurricane Sandy and its effect on us, others, and everything around us are far more intense and far more raw than the already intense and raw feelings in response to today’s events. What’s stirred up inside us from the past expands and deepens what’s stirred up from today.

For instance, it is well known in the field of grief work that if you have a loss today, the grief you feel is both the grief from today’s loss and the grief from each loss your whole life that you haven’t yet grieved, evoked once again by today’s loss. You can also feel grief from experiences you have already grieved but are still alive within you, calling you to feel again. That is true for us in our individual lives, and it is true for us in our communal life—as with 9/11 and Hurricane Katrina, and now Hurricane Sandy.

This same principle is true of other experiences and feelings. Here are some examples—possible examples—of the kinds of things that were evoked in people along the East Coast of the United States this past week.

Sandra was triggered by feeling out of control. She hated feeling out of control—in relation to when the storm would come, if it would hit her and her home, the damage it would do, and what she would be able to do to repair the damage. She had these same feelings as a child with her alcoholic father. She felt out of control of everything related to his coming home after spending the evening at the neighborhood bar.

Robert had issues of safety evoked for him, big time. He lives on the shore and it was literally, physically unsafe for him to stay in his home this past week. His home was unsafe. The feelings of fear and more that come up when people are unsafe are strong and intense. But in addition to today’s experience of unsafety in the storm, Robert’s feelings of unsafety in his home as a child were right below the surface inside him. His parents weren’t safe to be around—his father was emotionally and physically abusive; his mother was unsafe and frightened herself and never protected herself or her children from his abuse; and the neighborhood was an unsafe place to live. Any time he brought his feelings of unsafety or the reality of his unsafety to his mother, Robert’s concerns were completely minimized or made wrong. From that background, Robert might have made it his business to make as much as he possibly could safe in his life and through the storm; or he might have been frozen in fear and in the “wrongness” of his need for safety, completely unable to accurately assess his safety—through the storm or in most any situation.

These are just some of the things people have faced, lived through, and suffered with through the outer storm and inner storms we on the East Coast encountered this past week. The important thing is to become aware of the inner storm. To bring it into consciousness and hold it and yourself with compassion and love. To trace the current inner storm back to the early storm, eventually the earliest storm. To understand the root, but not only to understand it. To also build the capacity within yourself to go into and through the feelings that were part of that storm and out the other side. And to utilize that inner storm for healing … for your own and for that of our world.

When people believe it’s enough to understand and control their thoughts and feelings either in the here and now or those from the past, hopefully they eventually end up in my office or in the office of a therapist who does work to the root. Hopefully they eventually find that they are haunted by the storms from the past and need the help to heal. Hopefully they eventually find that no matter what they try, they cannot spend their whole lives holding the early inner storms at bay without serious repercussions—including effects on their bodies, effects on their being able to fulfill their potential and not just be merely functioning automatons, effects on those close to them like emotional explosions when under stress, effects on those in their communities. Two examples of destructive reactions of people this past week: In one town in my state, members of the community responded to the men and women repairing their power system by pelting them with eggs. In a town across the border into a neighboring state, a man in a gas line pulled out a gun and used it to get to be the next person to fill his tank.

If we don’t utilize for healing the storms in the outer world that trigger our inner storms, we will end up creating more storms for ourselves, those we touch directly, and others throughout our world. What will you do?

Note: The examples are either fictitious or composites of a number of things I’ve heard from different people over the week.