Hungry Bear or Fallen Tree? The Amazing Brain at Work 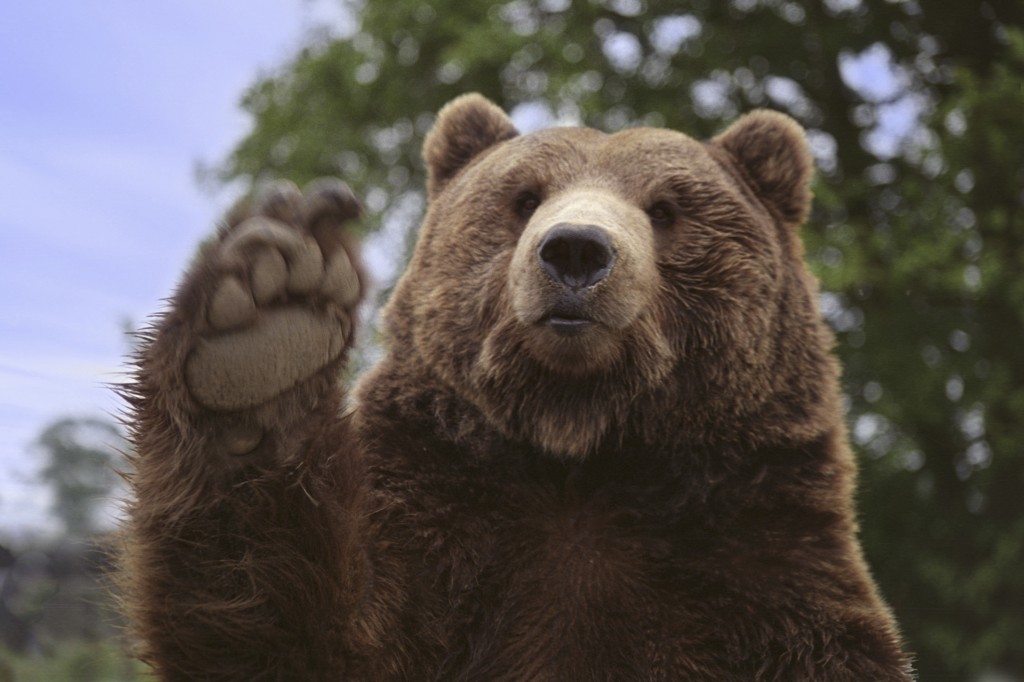 Stop and think for a moment. OK. Do you know what you just did? The thoughts that surfaced (e.g., “What kind of an article is this?” or “I should check my email”) were manifested by mechanisms of the brain. This is no secret. However, thinking—including what you pay attention to—has the ability to change the physical makeup of the brain. The notion of a static adult brain is now overrun by the concept of neuroplasticity. In concrete terms, the structure or function of an adult’s brain has the ability to change in a continuous way. In other words, neuroplasticity replaces antiquated models of a rigid or unchangeable adult brain.

The strengthening of neurons or neural pathways will alter its structure. This means the brain somehow creates or at the very least houses the mind, but the mind has the ability to redecorate the place. The connection between the mind and brain is a two-way street. The thoughts of the mind alter the malleable brain, and your brain’s activity (picture the entire central nervous system running throughout the body) affects how you think. It is a bi-directional process. Neurobiologist Richard Davidson of the University of Wisconsin-Madison has done extensive research on one’s perception of his or her environment (including physiological cues) and how “mental exercises” (e.g., meditation) assist in emotional regulation.

Despite the brain being vastly different from a computer, it is a relatively useful analogy based on the complexity of each. Consider the brain to be the hardware (e.g., metal, fans, motherboard, etc.) of a computer and the mind is the software (e.g., Windows, iOS, etc.). It is entirely possible to run a digital software program (these are our thoughts and emotional styles) on a computer that physically modifies or damages the hardware of the system (i.e., brain). If you are skeptical, ask anyone at Sony about the December 2014 cyberattacks that destroyed computer networks. The broader point is that the software and hardware of a computer is analogous to the mind-brain relationship or neuroplasticity.

The more I learn about the mysteries of the mind and brain, the more I am able to apply the concepts within my own life. Recently I struggled with what I understood as a major loss. There was an omission of information that led me to believe a relationship was damaged or, worse, had ended. I began to develop a narrative or explanation for what had happened. It was a premature conclusion for something that had not occurred. Isn’t this frequently the case? How many times have you felt pain at the mere thought of a loved one passing away? What about actually mourning while someone is dying but not yet departed? Have you experienced disappointment before a formal rejection was put forth? This mental anguish is easily constructed and manipulated by thought, fantasy, and prediction.

Our minds have the unique ability to forecast the future or plan with the aid of the prefrontal cortex (PFC). Unfortunately, we are terribly inaccurate in our calculations. The ability to simulate future events is a safeguard against subsequent danger. An issue with this is that we so often revert to a disproportionate amount of false positives (e.g., believing someone is dead before he or she dies, expecting a worst-case scenario with little information, anticipation of failure with a lack of evidence, etc.). The psychological fallacy is that this line of future-oriented thinking will prevent emotional pain at the occurrence of a painful event, but it actually takes us away from the present moment.

If we are in an actively hyper-vigilant state or merely preoccupied with the future, then there is a heightened sense of fear and preparation for a negative event to transpire. Anticipating that a relationship with someone will come to an end guides us in a direction of sabotage or guardedness. This thought process—filled with anxiety—will make it less likely for the individual to have an approach-oriented mentality. The person might literally keep a distance from others or avoid being vulnerable within relationships, because of a predetermined mental outcome.

Humans seek certainty in life. However, the massive PFC of our brain reminds us that everything is impermanent. Daniel Siegel, an expert on mindfulness and interpersonal neurobiology, articulates this process in his book The Mindful Therapist: A Clinician’s Guide to Mindsight and Neural Integration: “The prefrontal cortex [PFC] enables us to make maps of time. This ability gives us the benefit and the burden of being aware that nothing is certain, nothing is permanent, and we all die.”

According to Siegel, the antidote to struggling with the unknown mysteries of life is presence. To achieve presence “requires a tolerance for both uncertainty and vulnerability […] the key is to be aware and flexible as we allow our own internal responses to inform us rather than entrap us.”

Being open to not knowing the future or having a grasp on what comes next actually fertilizes our psychological growth.

Let me share a concrete, physical example of how this mechanism is embodied. When you are walking or hiking alone in the woods, you might begin thinking, “I hope I don’t come across a bear.” The thought might expand to the point of visualizing a bear chasing you or standing in the path. The mind is capable of projecting this thought into a bear-human attack scene. After a moment, you shake your head and realize the last two minutes of walking have been spent inside mental imagery. You had merely imagined a horrific battle with a black bear as her cubs idly watched. After grounding yourself with the external world, you recognize that your heart is beating significantly faster despite there not being a bear in sight. Maybe your hands are perspiring or your shoulders have tightened. This is the sympathetic nervous system reacting to perceived danger. Adrenaline levels increase and cortisol is released in the body.

In this state of mind, we are more apt to think we see a bear in our environment. As the hike continues, all of a sudden in the distance a large, crouched figure lurks below a tree as your heart skips a beat. At second glance, we understand it is actually a fallen tree or large rock and certainly not a bear. What is happening is that we are almost literally seeing or viewing the world from a hyper-vigilant or reactive state. Statistics on the rarity of bear attacks will not persuade you in this primitively minded moment. With a quick online search, you can find the probability of being struck by lightning to be significantly higher than being mauled by a black bear. The rational construction that is developed with your mind (e.g., a bear attack) gets filtered out into your vista. To make sure we are ostensibly ready for a moment of attack, we become sensitive to any model that could fit that mold. A rock becomes a bear. The end of a dead tree resembles a bear, and the ruffle of leaves is perceived to have been caused by a family of large, furry mammals.

Most of us do not spend the majority of our daily lives hiking, but we do encounter opportunities to react in emotionally strenuous moments. Perhaps a person inexplicably cuts you off while driving, or a boss produces critical reprimands based on your actions at work. What is critical during these times is how we respond to the stimuli. What is a skillful way of handling these unexpected and at times scary situations? It starts with noticing if you are breathing. A physical constriction in the body accompanies fear or anxiety, which forces labored, rapid breathing to the neck or throat. It is much more efficient to breathe from the diaphragm. The result of diaphragmatic breathing is the creation and then deflation of what looks like a balloon in the stomach. Breathing inflates the stomach outward, while exhalation relieves the pressure of the previously expanded stomach. The retraining of your body to breathe slowly provides an increase in blood flow and oxygen as opposed to utilizing only the upper portion of the chest as well as throat.

Siegel frames these two types of responses as being produced by a reactive state or a receptive state. Presence is cultivated when the individual is receptive to what is happening in the present moment. A reaction is when you direct vulgar gestures at mindless drivers or slam office doors when a boss is condescending. These kinds of reactivity turn off one’s ability to be present.

Shunryu Suzuki (1904-1971) taught Zen practice (e.g., meditation) to Americans in San Francisco through the examples of everyday life circumstances. Similar to Siegel and Davidson, Suzuki explained an active readiness for accepting the world of possibilities that arrive in each moment. He noted, “If your mind is empty, it is always ready for anything; it is open to everything. In the beginner’s mind there are many possibilities; in the expert’s mind there are few.”

The simple concept of beginner’s mind only requires an effort to see, feel, hear, smell, taste, and observe our experience. By letting go of an attachment to self-identifying ideas (e.g., our own mortality, an impending bear attack, an interaction with a supervisor, etc.) we align with Siegel’s description of impermanence and strengthen the inhibitory process of the PFC that Davidson describes. We become open to the opportunities that present themselves. Suzuki did not have access to neurobiology, but he understood the practice of active nonattachment or mindfulness: “Many sensations come, many thoughts or images arise, but they are just waves of your own mind.”

The entitled thoughts we have about a careless driver getting in our way or fears of being alone disrupt the sea of the mind leading to reactivity. We make these waves in our mind. Have the capacity to calm them, even for just a moment.