How We Arrived at 50 Shades of Gender Options on Facebook 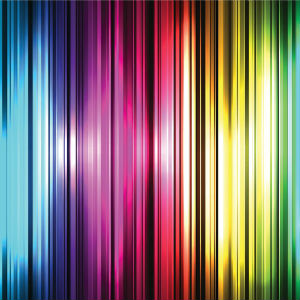 The gender binary is breaking down. More and more people are “coming out” as transgender, especially young people. But it’s not just that. Young LGBT (lesbian, gay, bisexual, transgender) people have grown to accept that gender is a continuum, not a binary—there’s lots of space between “pink” and “blue.” And now the concept of the gender continuum has entered the mainstream, as evidenced by Facebook’s recent decision to allow its members 50 different labels to describe their gender identity.

In order to understand both the transgender emergence of the past couple of decades and Facebook’s action, you need to understand the importance of the queer subculture. Humans need to belong to a tribe. Humans who are rejected and marginalized by the dominant culture of their society must create their own nurturing and protective subcultures. And humans who have been cast out, isolated, or rejected by their families—such as gender and sexually diverse people—must create alternative families and tribes that forge a subculture that seems to be more fluid and changeable than ethnic, religious, or racial subcultures. And the subcultures of sex- and gender-diverse people have a complex interactive relationship with the mainstream culture.

To gain a full understanding of the ways in which both mainstream and queer cultures have changed in Western society in the past 150 years, I refer you to Jonathan Katz, Arlene Lev, John D’Emilio, Susan Stryker, and other queer historians and social scientists. I’ll now attempt an admittedly reductionist synopsis of the remarkable changes in gender identities since the Stonewall Revolution of 1969.

Throughout most of history, same-sex orientation and gender diversity were seen as overlapping, partially identical, phenomena. In many Eastern cultures, this is still true. In fact, little distinction was made between any forms of sex and gender diversity, and there was apparently a great deal of visible intersectionality and shared subculture among gender-diverse, same/both-sex-oriented people, kinky, maybe even nonmonogamous people. In the 20th century, pre-1970s, gay culture absorbed gender-variant people; indeed, the identity of gay culture assumed gender variance. This was most evident in lesbian life, where subcultural norms dictated that lesbians choose a gender identity of “butch” or “femme”—androgyny was suspect.

Sometime in the 1970s, that began to change, for a variety of reasons ranging from the proliferation of sex-change medical clinics to a mainstream backlash against the androgynous gender expression of the 1960s. Gender-diverse people became split off or marginalized from gay men and lesbians, especially from gay men. The party line of the gay activist movement became “sexual orientation (defined as same- or opposite-sex attraction) and gender identity are completely separate.” Gay activists worked to make the public face of gay people gender conforming. The entire culture, including the field of sexology, appeared happy to swallow this line without question. Perhaps it was easier for society to relate to butch gay men and femmy lesbians than to acknowledge cracks in the structure of the gender binary.

The gay male culture of the 1970s spurned feminine expression, as hyper-masculinity was revered and eroticized. Drag queens are icons of camp, but though they may be cherished, they aren’t considered “hot,” at least not publicly. The queer women’s community, however, has handled gender diversity quite differently. Although the lesbian community went through a brief period of decrying anything male-identified as patriarchal, a time when being either butch or femme was verboten, by the mid- 1980s the queer women’s community was back to doing one of the things it does best: discussing, analyzing, and deconstructing both gender and sexuality. Activists and social scientists such as Gayle Rubin, Pat/Patrick Califia, Judith Butler, Leslie Feinberg, and others too numerous to mention made gender diversity much more accepted among queer women than men. Butches and femmes reemerged—but so did more gender-diverse expressions.

Natal females had different choices. If attracted to women, they could subvert their gender identity to their sexual orientation and identify as butches or “stone butches” (women sufficiently uncomfortable with their female bodies that they would make love to a woman but not allow their own breasts or genitals to be touched). They could undergo surgery and try to live in the lesbian community. If attracted to males, their choices were dismal—given the relative difficulties with FtM (female to male) “bottom” surgery, they could neither “pass” among gay males nor go stealth in the mainstream culture. Notwithstanding early crusaders such as Lou Sullivan, it is not surprising that the last phenomenon to emerge in the trans youth explosion is that of gay transmen.

Over time, probably due to a combination of the eroticization of “butch” and the queer feminist questioning of gender norms, the queer women’s community has become increasingly hospitable to gender diversity. Both lesbian or bisexual transwomen and heterosexual/bisexual transmen have been increasingly integrated into the gay/bi women’s subculture. Much political activism came from this group: the Transgender Law Center, for example, began as a project of the National Center for Lesbian Rights. This intersectionality had an interactive effect. As gender diversity was increasingly accepted among queer women, some who had formerly identified as butch lesbians felt comfortable transitioning FtM, and others identified as “gender queer.” And because there is more bisexuality and pansexuality among women, gender-diverse people tend to not only be accepted but eroticized. There are queer women, for example, who openly acknowledge their attraction to FtM’s, “bois,” or other male gender spectrum people. The queer women’s tribe has become a big-tent community. And as this has happened, it has become easier to become a transman, and the number of ADULT transmen has increased.

The same has not happened in the gay/bi men’s community, or it is just beginning to happen. Too many gay men still disparage femininity; few eroticize it. A watershed moment was achieved in 2006 when the Saint Black Party, one of the biggest gay male “circuit parties” around, featured the FtM porn star Buck Angel as their poster boy. But many gay male friends who attended the party were nonplussed by the idea of a gay man without a “real” penis. It’s going to take some time. That’s why gay male transmen are just beginning to increase in public visibility and numbers.

What about youth? Well, there is a meta-reason for the increase in transgender and gender-nonconforming young people. In the mainstream culture, the children of early second-wave feminists are having kids now. The young people who grew up on “free to be you and me” are themselves parents—and they believe all that gender-freedom stuff they were taught. They aren’t going to punish their children for gender-diverse expression; they want to validate their kids and allow them to be themselves. This is resulting not only in more kids coming out as gay—witness the number of high school Gay-Straight Alliance clubs—but more kids coming out as transgender or gender nonconforming.

And just as the increase in FtMs began among women who first identified—and found a home—in the lesbian subculture, the same is happening with adolescent natal girls. What is happening with adolescents mirrors what has happened among adults: at IPG, we see more adolescents who were assigned female at birth, and virtually all the male-spectrum transgender adolescents first thought themselves to be lesbian. And the phenomenon is trickling down to younger kids. As recently as a few years ago, the only prepubescent gender-diverse children we saw were natal males; the numbers are starting to even out. Again, there is an interactive effect. What started in the queer women’s community eventually hits the mainstream, and as transgender and gender-nonconforming kids become more public and visible, more come out at younger ages. But I don’t believe that gender-variant females truly outnumber males. As the gay/bi male subculture becomes more fully accepting of gender diversity, I predict two things will happen: there will be an increase in adolescent natal males who identify on the female spectrum, and an increase in gay male-identified adolescent transmen.

So, what about Facebook and its new policy of giving 50 gender choices to the user making a personal profile? Once again, remember that mainstream culture is now full of millennials and post-millennials whose parents taught them to value diverse gender expression. And among young people, the lines between queer subculture and mainstream have become blurred. They don’t just support marriage equality. They are familiar with and value queer culture, they embrace their own bisexual tendencies, and more experiment with kink and open relationships. They question the gender binary and our simple identity categories of gay and straight. Ultimately, they help blur the lines between male and female, gay and straight, sexually “mainstream” and sexually diverse. Mainstream and subculture are merging. Young people are here and they’re queer—get used to it. Facebook is just the beginning.