How Unrealistic Praise Contributes to a False Sense of Self 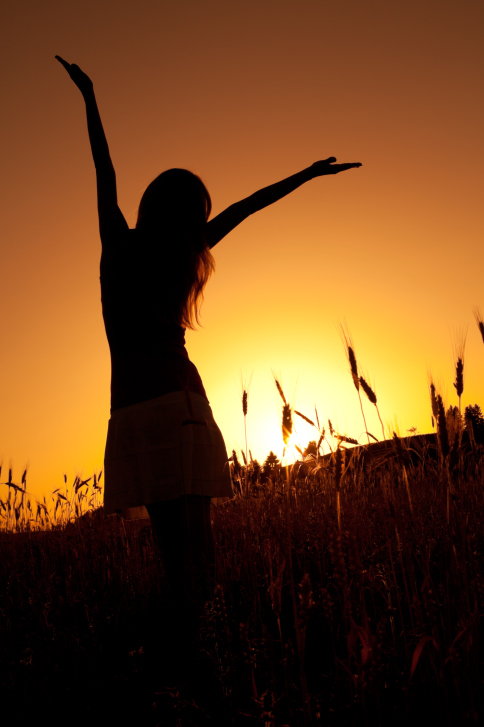 Barbara’s sense of self was molded by her family’s portrayal of her as the perfect child. Complying with that message, she took on that identity and grew up with the expectation of being exceptional.

In her twenties, however, she became troubled and confused about who she was and what she wanted. In therapy, we would eventually understand that her family’s communications of unrealistic praise contributed to her development of a false sense of self.

When Barbara came to see me at age 30, she was depressed and unsatisfied with her life. “I feel blah and empty,” she said. “I feel this awful lack of energy; I feel sad and I just don’t know what I want for myself. It doesn’t make sense. My life is good: I have a good job teaching at the university; my parents are great; I have friends. The only thing that’s missing is I’m not in a relationship, but I’m dating, so it’s OK. I don’t get it. I can’t stand feeling this way anymore. What’s wrong?”

As I listened to Barbara, the disconnect between her unhappy feelings and her good life was glaring. It was particularly notable that as she described her emptiness and dissatisfaction, she had a big smile on her face. Puzzled by this, I commented, “I’m wondering what’s making you smile while you’re describing such troubling feeling states?”

Looking surprised, Barbara responded, “Really? That’s funny. My parents always tell me I have the most wonderful smile. I had no idea I was smiling.”

“Any thoughts or hunches about it?”

“I don’t know. … Maybe I think I’m supposed to be happy. My parents always see me as happy. And crazily, I think of myself as happy, but I don’t feel happy. It’s confusing. My parents talk about me as the perfect child. They always talk to their friends about me that way. I’ve kind of accepted it, but I guess I don’t know what it means. Maybe it means I’m happy.”

In our sessions, Barbara described growing up in a family that had only positive things to say about her. Early in our work, she remembered a poem called The Perfect Child that she used to recite as a child.

I never play or sing or shout, it’s vulgar to be wild …

Barbara explained that she never was wild or misbehaved: “I was a very good kid. My parents were always pleased with me. I did well in school; they constantly praised me and told me how smart I was. I was their wonderful, beautiful, smart, precocious, well-behaved, friendly, helpful, perfect daughter.”

When I asked Barbara what that was like for her, she looked puzzled by my question: “I don’t know what you mean. It was great to have parents who only thought positively about me. I loved it. There were always amazing stories about me.”

“Well, there’s the one about how, by the time I was 3, I would go to the kitchen in the morning and get my own breakfast so I wouldn’t wake them. Or how, when I was 10, we were in Atlantic City and I somehow got lost. But they knew they didn’t have to worry about me, that I would find my way back to the hotel. And I did. There’s also the story, but I was older then, about how I helped my parents by talking with my younger brother about his substance abuse.”

Over the course of many sessions, I was struck by how Barbara never seemed to consider that some of her parents’ praise and expectations might be unrealistic. I thought about how children develop their sense of self. From the time babies are born, their experiences with significant others begin to shape their sense of “me.” Parents’ attunement to their babies’ needs provides the building blocks to feeling known and connected. Children come to trust that the parents know who they are. As children mature, they can take on the parents’ version of who they are, becoming participants in constructing how the parents see them and how the children view themselves.

In some families, parents are open to discovering that their child is not exactly as they thought. For example, a parent might comfortably note, “Wow, I thought my daughter was just like me, but she is less serious/smarter/disorganized/etc.” In contrast, a parent may have a hard time accepting that a child is not how the parent thought or wished. In that case, the parent may nevertheless continue to relate to the child as if he or she is as envisioned. For Barbara, there didn’t seem to be any conflict or disagreement between her and her parents about who she was.

From the time babies are born, their experiences with significant others begin to shape their sense of “me.” Parents’ attunement to their babies’ needs provides the building blocks to feeling known and connected. Children come to trust that the parents know who they are. As children mature, they can take on the parents’ version of who they are, becoming participants in constructing how the parents see them and how the children view themselves.

I could understand that Barbara and her parents felt good that she was such a “perfect” child. But I wondered if the 3-year-old Barbara who made her own breakfast ever wished she could have crawled into bed with Mommy and Daddy on some mornings. Or maybe she would have liked to find a parent in the kitchen making breakfast for her. I wondered if she was scared when she was lost in Atlantic City or just proud that she knew what to do. When she reported the story about her brother and her parents’ request that she intervene, I recognized that it didn’t feel like a request to Barbara—it didn’t occur to her that she had a choice to say no. Everyone seemed to share an unspoken agreement that Barbara was who they believed her to be and there would be no reason she couldn’t or wouldn’t comply with their wishes or expectations.

I thought further exploration of Barbara’s family stories of the perfect child might open up more of her thoughts and feelings about these experiences. I asked Barbara to think about her 3-year-old self and imagine some of the feelings she might have had about being told she couldn’t wake her parents and had to get her own breakfast. She was silent for a few minutes and then responded:

“The first thing I thought was that I would have felt very good about myself. I know when my parents tell the story, they are bursting with pride. I’m trying to think if there is anything else, and I suppose I might not have liked it being a rule that I couldn’t disturb them. But I understood they needed sleep. I do recall that they tried to get my brother to do the same thing. He refused and they got angry. So I would get him breakfast. You know, I don’t have any memories of my parents being angry with me, just with my brother. I don’t remember getting angry with them, either.”

I asked about other feelings: “Do you have memories of other feelings with your parents? Do you remember feeling anxious or worried about anything? Were you anxious when you got lost in Atlantic City?”

Barbara looked surprised and said, “Hmm. No, that’s weird. I don’t really get anxious. Now that I think about it, things that make other people anxious don’t seem to bother me. I never got anxious about exams at school, or getting into college, or boyfriends. I never got angry, either. I’ve always been so proud that my parents helped me avoid those feelings. But now, I’m not so sure. I’ve been depressed and sad, but never before I was 20 or so. I just thought I was always happy.”

I asked Barbara if she had been happy about her parents asking her to help out with her brother’s substance abuse issues. She was thoughtful and replied, “I guess not. I’ve begun to think that maybe I went along with a lot that my parents thought about me and expected from me. Growing up, I felt proud that I was so special and perfect and that they could rely on me to be there for them. But as you and I talk, I have started to ask myself if this was as good for me as I’ve thought.”

“What have you been thinking might not have been so good for you?”

“I suppose I’m confused about myself because I can’t possibly be what my parents say is their perfect child. I hate to think that they don’t know who I am. Maybe even worse, I’m not sure I know who I am. I’m beginning to wonder what I did with my worries, doubts, anxieties, upsets, and anger. Could it be that I’m out of touch with a lot of feelings? I feel worried now about myself. When I see my parents, it feels like they have a false cheerfulness. I’m also aware I haven’t said anything to them about how depressed and confused I’ve felt.”

“What’s kept you from telling them about your unhappiness?”

“I know they’ll say I’m being silly, that I have a wonderful life and there is nothing to be unhappy about. I have a vague memory when I complained about something and they reminded me about people with ‘real’ hardships like poverty and disease and told me I had nothing to complain about. I felt awful. It must have been after that that I decided I was happy and my life was great.”

Barbara has come a long way toward recognizing how she has developed a false sense of self based on the definitions, needs, and responses of her parents. She is beginning to understand that as a child it was difficult to give up the high praise and good feelings that came with her compliance to her family’s definition of her as a perfect child. Unconsciously, she developed defenses which enabled her to accept her parents’ definitions and expectations of her and unconsciously dissociate from her own negative feelings. Life at home was absent of criticism, hurt, and anger. Everyone colluded, consciously and unconsciously, so that “perfect child” Barbara could only have “perfect parents.” Everyone could feel happy.

Now Barbara doesn’t feel so perfect. But she is in a good place to discover what is real.