How to Explain Why You Dumped Your Old Boss 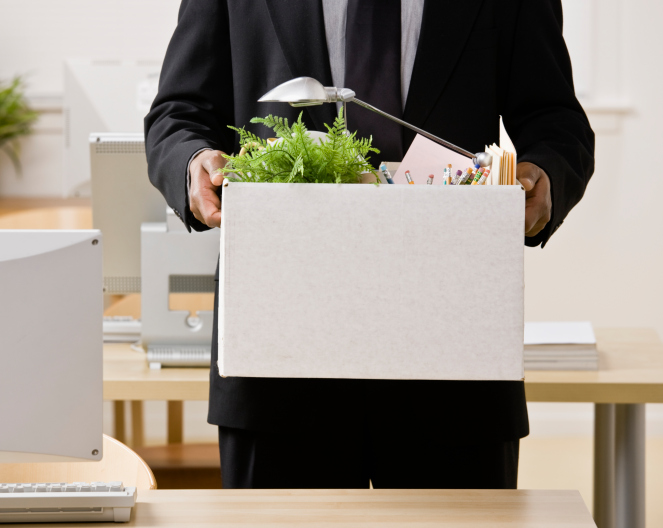 Breaking up is hard to do, and breaking up with an employer means explaining why to everyone you interview with in the future. Admit it: The day you left your desk and knew you weren’t going to see it again was a beautiful one. You felt strong. You felt empowered. You were done with a nasty situation, and you were now moving on to new and better things.

The situation may have been degrading for a while. Your attempts to bridge the communication gap went unnoticed, and finally you made the move to tell your boss you had enough and you were moving on. That’s such a purifying feeling. Then, you go on that first interview, and the interviewer wants to know why you left.

Why Did You Leave Your Last Job?

Dissatisfaction alone probably isn’t enough to make you leave a job, especially if you made a dramatic exit. Everyone feels dissatisfied sometimes. If you feel dissatisfied, but you also feel motivated, that motivation will help get you through the rough patches.Some people have a crackerjack answer, and that’s awesome, but if you had one, you probably wouldn’t be reading this post right now. If you don’t have an answer down pat, don’t feel bad. This question is a trap because there isn’t a great answer. How you answer the question reveals how confident you are in your reasons for leaving, and how confident you are that this new opportunity is really for you. Let’s unpack what all of that means.

The first step in being able to face a prospective employer and sound honest, yet politic with your answer is to make peace with your reasons. Let’s say you were really mad at your previous boss and just walked off the job and never went back. That’s pretty bad. On the bright side, odds are nobody is going to tell a prospective employer that whole story. So take a deep breath, and let it go. As long as you’re not interviewing with your previous boss’s best friend, nobody else who matters is going to know. If your former boss’s friend is interviewing you and knows the whole story, you don’t have anything to worry about, anyway, because if they really cared, you wouldn’t be there.

What If the Interviewer Finds out I Made an Ungraceful Exit?

Let’s focus on the really important question: What about that situation made you so unhappy that you left? What led up to you walking out or giving notice? The first things that usually come to mind are money, not getting a desk with a window, really annoying co-workers, a copier that always jammed, inadequate reimbursement for mileage, and rotten benefit plans. All of that matters. Odds are, any company you go to is going to have its own version of that. Also, this may seem shocking, but according to Frederick Herzberg’s research on motivation, things like salary and benefits keep people from feeling dissatisfied, but they don’t keep them motivated. Dissatisfaction alone probably isn’t enough to make you leave a job, especially if you made a dramatic exit. Everyone feels dissatisfied sometimes. If you feel dissatisfied, but you also feel motivated, that motivation will help get you through the rough patches.

The Real Reason Most of Us Leave Our Jobs

A lot of factors go into what keeps us happy (or makes us unhappy) at work, but in a nutshell, we usually want enough novelty, enough autonomy, and enough challenge to keep the work interesting. Additionally, we need enough of a sense of mastery and stability to feel competent and secure. While this optimal level of challenge is an aspirational goal, if you have a job that provides you with this mix at least some of the time, you’re probably going to be reluctant to leave it.

Before you sit down for an interview with someone else, make a list of all of the things you want to be able to do at work. What are the tasks that you look forward to and do well? What do you excel at? What makes you feel like you had a good day at work? Then, take an honest look at the jobs you’re applying to and the companies you are looking at and ask yourself if you believe you can get what you need there. If you can’t, readjust your search.

Once you’re confident in how you feel about what you need to be satisfied at work, you can face a prospective employer and tell them why you left. You can share some version of, “I learned a lot from that experience, and now I’m ready to help your organization get to the next level by [insert your amazing skill set here].”