How to Enter the Winners’ Circle 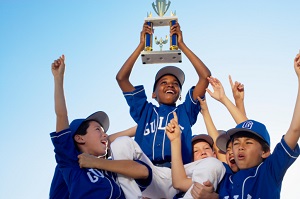 It is said that “energy flows where attention goes.” At first glance, this sounds like a very simple statement; its depth is beyond the pretty words strung together. Who doesn’t want to be a winner? Whether it is being a homemaker, investment banker, a first-time father, or a motivational speaker, people do everything with an underlying motive to succeed at things, feel good, feel happy, and lead a fulfilling life. We are all drawn to different things; some of us love the outdoors and love to cook, while others love to dance and create music. We are drawn to different things, but we all work with the same source.

The level of our success, enthusiasm, and winning is directly proportional to how well-connected we are to the source. Imagine baking a fabulous cake in an oven that gives up every two minutes; now imagine it being baked in an oven that is working smoothly, without power cuts. We all know which end product will taste and look better. Winning is a little like that — it requires consistency, uniformity, and most importantly, the right formula (just like baking — flat cakes, anyone?).

So how does one enter the winners’ circle? Is it Ivy League education? It is being friends with popular/successful people? It is faking it? It is being born in a super-rich family, or is it just something you are born with? Let’s say you have all of the above. Are you still finding reasons to whine, feeling goal-less, or worse, taking advantage of these gifts and resources?

Now let’s say you don’t have any of the above. Are you just going to blame fate, family, or finances all your life instead doing something about it? Our reactions to our situations are exactly what make us winners or the opposite of that (not a fan of the L word).

Here are some easy tools, tips, and exercises to feel like, act like, and BE a winner:

Winners are too busy running on their own jogging tracks to see who is left behind or who is miles ahead. They are constantly trying to be better versions of themselves by motivating themselves, working hard, mapping out their life, and, again by attracting the right people in their winners’ circles. Remember, people can only rain on your parade if you walk in their neighborhood on a stormy day without monsoon gear.