How to Deal with Anger 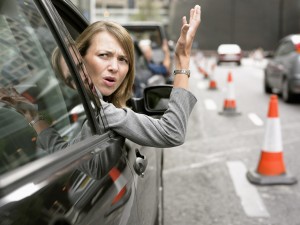 Have you ever felt so angry that you couldn’t see straight? Anger is one of the most powerful emotions we have to deal with, and it tends to lead us to say and do things we later regret. Countless crimes are committed every day because individuals become consumed by their rage. However, when we go through our lives in a frequent state of anger, our perception of the world around us changes and we become unable to enjoy the simple pleasures in life or tune into the innate joy that we all have within us.

Losing our temper rarely solves any of our problems. On the contrary, frequent angry outbursts can lead to relationship issues, difficulties in work situations, and health concerns, and end up landing us in more trouble in the long run.

So what can you do to avoid blowing up when your blood is boiling over and you are seeing red? Here are 10 tips to help you to keep your anger under control:

By understanding how to deal with our anger in a healthier way, we can become more effective at managing the difficulties we are faced with on a day-to-day basis. Anger will never help us to solve any of our problems, but it can cause us to lose sleep, as well as our peace of mind. Learning to control our anger, rather than allowing it to control us, is a critical first step to improving our relationships and starting to experience more joy and happiness in our lives.

If you need help controlling your anger, consider seeking the help of a trained therapist.