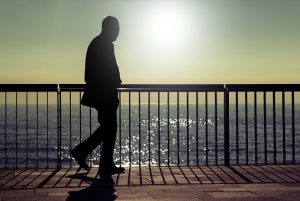 Since the beginning of the HIV/AIDS pandemic, stigma has played a significant role in the perpetuation of the spread of HIV. The template set in the early 1980s, when HIV was first dubbed “gay-related immune deficiency,” resulted in shame and other negative feelings that persist to this day. One of the reasons for this is that social stigma is a complex psycho-social phenomenon that has not been adequately studied to the degree it can influence effective policy, programs, and funding.

In early March 2016, a meeting on HIV stigma was held at the White House, jointly hosted by the Office of National AIDS Policy (ONAP), National Institutes of Health (NIH), and National Institute of Mental Health (NIMH). Among the key points discussed at this meeting:

It was readily agreed that stigma is the most significant barrier to ending the HIV/AIDS pandemic. For this to change, there has to be a far greater push to both understand the complex, multifaceted nature of stigma and a major shift in how efforts to develop non-stigmatized approaches are done.

The current top-down, demographically driven model of HIV prevention is an example of what not to do. By targeting high-risk groups, the definition of who should be tested gets narrowed in the minds of the public, a mind-set that is hard to break. Every time there is an image or message about HIV that points to someone who is “not me,” the very stigma we need to overcome gets reinforced.

How Stigma Affects People with HIV/AIDS

Isaac Awuley Addico, an artist and activist in Ghana, wrote in The Stigma Education (2007), “People with HIV/AIDS who are stigmatized are shunned, discredited, rejected, or even penalized sometimes by strangers, often by friends and family, which makes coping with and fighting this disease all the more challenging. Discrimination against people living with HIV/AIDS is expressed in so many explicit and implicit ways that many may not realize that they could be contributing to the problem, or that their judgments could be negatively affecting those around them.”

The current top-down, demographically driven model of HIV prevention is an example of what not to do.

Prejudice, negative attitudes, and abuse tend to be particularly rampant among populations whose conditions and struggles are not well understood. A lack of knowledge regarding HIV and its risk factors can lead to dangerous false beliefs, including the notion that it’s always a “death sentence” and that it’s always the result of behaviors that some consider dishonorable or disapproved (homosexuality, infidelity, drug use, etc.).

Even the LGBT community in the United States is not without blame in the perpetuation of stigma and discrimination toward people with HIV, so it is important for everyone recognize the harmful effects of stigma. These often include silence, denial, secrecy, isolation, and withdrawal. In addition, stigma contributes to self-stigma—leading to self-blame, shame, and rejection.

Some of the consequences of stigma among people with HIV/AIDS include:

Perhaps most concerning is that fear of stigma and discrimination can drive reluctance to get tested, disclose HIV status, and take needed medication.

How Therapists Can Help

In this landscape, what can mental health professionals do to be a part of de-stigmatization while actively helping people who have HIV or are at risk for HIV?

Here are some recommended steps, based on Addico’s writing:

A good counseling experience can greatly help newly diagnosed people explore the impact of their HIV status while also providing a safe forum to work through the stigma that is often a barrier to healthy living in the face of HIV.