Rising Above Violence Against Women: An Interview with Paul Kivel 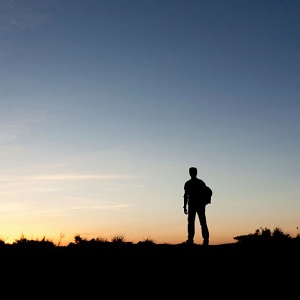 Kivel, who has authored several books about ending violence, co-founded the Oakland Men’s Project in 1979 to help men combat violence. Although the Oakland Men’s Project no longer exists in its official capacity, its founders and participants continue to work to end violence. In the 1970s he became involved with the women’s movement. His experience made it clear to him that men, perpetrators of a disproportionate number of murders, assaults, and rapes, had an important role to play in stopping abuse. He has been conducting anti-violence seminars for men of all ages, including those with histories of abusing women, for 30 years. In an interview with GoodTherapy.org, he discussed the role men can play in ending violence.

Gender-role conditioning plays an important role in the development of children. Adults can rattle off a laundry list of traits associated with boys and girls, and children pick up these associations strikingly early. Kivel emphasizes that male gender-role conditioning plays a pivotal role in violence in adolescence and adulthood. In his seminars, he frequently uses an “Act Like a Man” box to itemize the traits associated with men: dominance, being in control, winning at all costs, athleticism, sex, aggression, and being tough top the list. These traits become a central part of men’s identities and render them likely to commit violent acts, particularly when their masculinity is threatened. From an early age, society teaches men to react to stress and helplessness with aggression and violence.

Compounding this problem is the fact that men often don’t learn skills commonly associated with femininity, such as nurturing, compassion, and gentleness. This gives them fewer options for creative problem solving in relationships and further contributes to the cycle of violence.

In his seminars, Kivel aims to help men understand that aggression doesn’t have to be a central part of masculinity. Men can be strong and assertive while being nurturing and gentle, and men who understand the harm traditional gender roles have done are better able to avoid repeating the harm. Fathers who teach these lessons to their sons are less likely to raise their boys to become violent men.

Why Men Should Be Involved in Antiviolence Activism

Kivel believes that men have a moral obligation to work to end violence. They also have a personal interest in the subject because many men’s lives are ripped apart by violence. While outreach to women is necessary, stopping abuse at its source is the true recipe for sustainable change.

Kivel emphasizes that men’s violence doesn’t just harm women. It’s also exceedingly damaging to men, hinders their intimate relationships, reduces their ability to be close to their partners, and removes men’s ability to be nurturers. Men also are frequently the victims of other men’s violence. A violent culture provides a very limited range of acceptable behaviors for men. By actively working to end violence, men make it safer for all adults and young people in the community.

What Men Can Do

Most men are not abusers. Indeed, many men are dedicated to finding solutions to stop the destructive violence that tears families and communities apart, and others are intimately aware of the problematic role aggression and anger plays in their lives. These men, however, may be unsure of what to do. Kivel offers four steps that men who are serious about ending violence can take:

Kivel’s recommendations aren’t just utopian fantasies of an idealistic man. His strategies for ending violence have worked to stop violence at its source for decades, and the Oakland Men’s Project has been successful at educating men, helping victims, and stopping the cycle of abuse. Similar organizations have sprung up all over the country. You can find an organization in your area by clicking here.

If Kivel could change one myth about violence, in general, and violence against women in particular, he said he would end the idea that men are innately, unavoidably violent. If that were true, anti-violence strategies wouldn’t work. Kivel’s work demonstrates that education can overcome years of conditioning. Men are not incurably flawed and recognition of this can empower men to stop violence.