How Chronic Stress Changes the Brain, and Other News 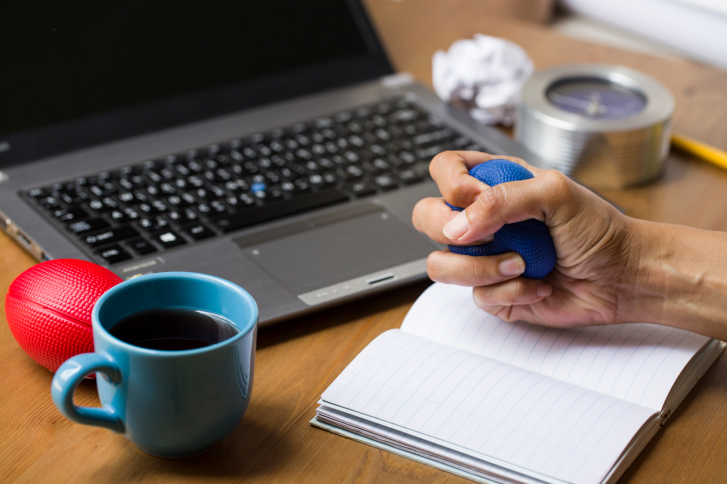 According to a new study published in The Journal of Neuroscience, chronic stress can cause brain inflammation and memory loss in mice. Mouse brains are similar to human brains, and researchers often find similar effects in humans to those they have uncovered in mice.

Researchers already knew chronic stress is bad for health. It can lead to sleep problems, weight gain, difficulties with concentration, and even cardiovascular disease. Previous research has also linked chronic stress and anxiety.

Researchers had mice navigate a maze to find an escape route. They then exposed the mice to frightening visits from large, aggressive mice as they did so. Mice who were repeatedly exposed to the intruder—a form of chronic stress similar to stress humans might experience—had more difficulty navigating the maze and escaping. The mice exposed to chronic stress also developed macrophages, a type of immune cell, in their brains. This suggests chronic stress can trigger brain inflammation.

The Washington state Senate approved a budget measure last week that would fund both charter schools and mental health programs. The budget, approved by the Republican-led Senate, rejected a number of Democrat-proposed amendments. Democrats argued it did not go far enough to support homeless students, public schools, and mental health issues. The Senate and House of Representatives must now negotiate a final bill in anticipation of the end of the legislative session in about a week.

Veterans Seek Help for Infertility Inflicted by Wounds of War

Injuries sustained in combat can challenge a veteran’s physical and mental health. They can also destroy fertility. Many veterans find when they seek help for infertility, especially in the form of artificial reproductive technologies such as in vitro fertilization (IVF), the Department of Veterans Affairs (VA) offers no coverage for their treatment. In January, the VA promised to offer veterans a chance to freeze sperm or eggs before deploying, but a 1992 law continues to ban assistance with IVF.

An Insurance Penalty From Postpartum Depression

In January, a government task force recommended mental health screenings for all pregnant women and new mothers. Though the move was widely praised, the task force did not address the disability and life insurance penalties women may face after a diagnosis of postpartum depression. Women concerned about higher rates may avoid the screening, though not all insurers penalize women for mental health conditions. Prudential, for example, says it only looks at mental health databases when women seek policies in excess of $1 million.

Children are often inundated with data about food and may be overwhelmed by food choices. According to a new study published in Appetite, a simple emoji might help them choose more wisely. When researchers applied so-called “emolabels” to food, 83% of children switched to healthier options.

Learning a New Sport May Be Good for the Brain

Talk to Yourself Out Loud? Here’s Why Experts Say That’s a Good Thing

If you find yourself talking out loud even when no one is around, you’re not alone. The practice might even be beneficial. Saying a word out loud, for instance, can help you better visualize an object you can’t locate. Referring to yourself by name can boost constructive thinking, while positive self-talk—lampooned in Saturday Night Live’s Stuart Smalley skit—can positively alter behavior.