How Can I Get My Child to Stop Whining and Cooperate? 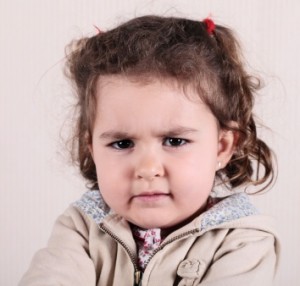 “What can I do to get my child to stop whining?”

“How can I motivate my child to follow through without arguing?”

These are the types of questions I often hear from parents. As soon as a child starts whining, the parent becomes tense and wants to immediately silence what sounds like nails on a chalkboard. I get it. In addition, there is the added aggravation that while the whining is taking place, the child is not doing what he or she has been asked to do and/or is arguing with the parent.

I always begin by asking the question, “What purpose is the behavior serving? What is the payoff for the behavior?”

I don’t believe any behavior happens in a vacuum. I believe it is about getting a need met. While it may not be the most desirable way to get a need met, we as humans do what works. Children learn very quickly what behaviors work to get the outcome they are looking for.

Typically, when a child whines, it is because he or she wants attention, the behavior works (e.g., the parent eventually gives in), or the child wants to avoid an undesirable task such as homework, chores, or going to bed.

If the motive for the whining is to get the parent to give in to what the child wants (it’s worked before, why not now?), again, the parent should calmly tell the child that the whining will be ignored and the parent’s decision remains. Again, the parent must follow through and be consistent. When trying to extinguish negative behavior using this technique, the parent should expect the negative behavior to escalate before it changes. The behavior has worked until now; therefore, the child will “up the ante,” so to speak, to see if the parent will eventually give in. Hang in there! It will be worth it! Then, the first time the child responds without whining, the parent needs to provide a lot of positive reinforcement, letting the child know how much it is appreciated that the child accepted the parent’s decision without whining.

When a child uses whining to avoid doing a task and attempts to “stall” by whining and/or arguing, an effective strategy is for the parent to communicate to the child that “when” the child does what has been asked, “then” he or she will be able to engage in an activity the child finds rewarding, or “then” the child may have something he or she has asked for. The parent should then walk away and expect the child to follow through as opposed to watching to ensure the child follows through. In order for this technique to be effective, the “then you can …” must be something the child truly wants to do and/or have. Otherwise, the strategy loses its power and will not motivate the child to follow through.

The most effective way for a child to learn life lessons is through natural or logical consequences for his or her behavior. For example, if a parent is trying to get a child to football practice on time and the child is whining and arguing, the parent may become concerned that the child will be late for practice and “give in” to get the child to cooperate. Instead, I recommend that the parent avoid engaging with the child and allow the child to be late for practice. The child will then experience the natural consequence of having to engage the coach about why he or she was late.

The objective is for the parent to try and stay out of the power struggle with the child and for the child to become intrinsically motivated to take responsibility. The child then becomes empowered in knowing that by taking responsibility for choices, he or she has the best chance of creating the outcome he/she wants and that he/she can feel good about.