How Can Forgiveness Empower? Consider This 2-Part Approach 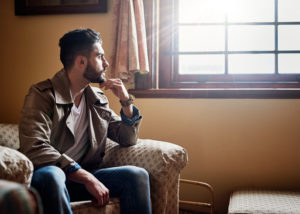 Forgiveness is something that is integral to our lives as humans. This concept is particularly important when it comes to our relationships with others. Dialogue on the topics of hurt and forgiveness, damage and remediation, and injury and recompense are often found in literature, history, and theoretical works. But it has not been until the last 30 years that forgiveness has gained greater recognition in academic and research literature.

The general lack of literature on forgiveness may be seen as a result of concerns related to disagreements on the definition, issues over how to measure forgiveness, and general confusion over the concept. I believe a brief discussion of what is known and how to it might apply to our behavior in relationships may pave the way to greater closeness to one another and lead us in new directions.

Forgiveness as an Action

It has been my experience that people, both those I have worked with in therapy and those I know in my personal life, tend to discuss “forgiveness” as something a person “does.” This kind of forgiveness may be either self or other-directed.

Examples of actions often taken in the act of forgiveness include:

But it is often the case that this definition of forgiveness can leave the person doing the forgiving in either a state of invalidation or accommodation to the person who has done wrong. Neither of these states seem to fully capture the experience of the person who has experienced this hurt at the other person’s hands. It can be said, then, that pursuing acts that negate or reframe the actions of the wrongdoer may hold both emotional and conceptual pitfalls.

Let us consider instead a process that can empower the person who has been wronged. Coming closest to this idea are Enright, Freedman, & Rique (1998), who note that forgiveness may be defined as “fostering the undeserved qualities of compassion, generosity, and even love toward [the wrongdoer]” (p. 47). In other words, the person who has been wronged can be said to engage in a kind of self-affirmation.

We are left, though, with the question of how to foster this attitude and what its boundaries might be. A person wronged may find it easier to develop these feelings in some cases than in others. It may be impossible for a survivor of abuse or assault to feel compassion or generosity to their attacker, for example.

In light of these considerations, I frequently advocate for a two-tiered model and definition of forgiveness. This model is both psychological and action-driven.

Giving the responsibility of releasing or soothing a hurt (through an apology, for example) to another person may lead to a process of endless waiting.

The first part requires self-reflection and care. In considering a wrong, the person who was wronged must take stock of the self and make an active shift toward self-affirmation. This process is not about unfounded optimism, which may lead to further self-invalidation. Rather, it places the choice of forgiveness in the hands of the person who feels or has been wronged. Through taking this personal inventory, the hope is that a person can acknowledge that they are worthy of care, regardless of the hurt caused. Through this process, the person lets themselves “off the hook” of holding resentment or anger toward the wrongdoer while waiting for some kind of apology or reparation. This is important, because giving the responsibility of releasing or soothing a hurt (through an apology, for example) to another person may lead to a process of endless waiting.

The second part of forgiveness extends the psychological process to action. Once a person chooses to let themselves “off the hook,” they are then free to make an informed decision, grounded in their core values, about how to respond to the relationship with the wrongdoer.

One of two choices can be made:

After being wronged, some people may find it necessary to create new boundaries and allow some distance to develop. A person can still care deeply for a person who has done them wrong but feel unable to spend any significant period of time with them. This new space may be permanent or temporary.

On the other hand, some people may desire to draw nearer to the person who has hurt them. In this situation, the message may be, “I am choosing the relationship, or you, over what happened/my own righteousness, ego, etc.” The difference in this statement from above definitions of forgiveness is that the person makes this decision from a place of greater freedom of choice. (The choice a person makes in this part depends on how they feel about the situation and the effect the wrong had on them. A person must make the best choice for their own well-being and healing.)

Certainly, there is much more that could be said about forgiveness and its process. Indeed, situations are often very complex. Forgiveness might involve other people, degrees of hurt, or multiples instances of hurt. Regardless of the circumstances, the process of forgiveness must start from a place of self-reflection and affirmation. Only then is it possible to make a free decision, one that is reflective of core values.

If you feel you may from further exploration of the concept of forgiveness, I encourage you to reach out to a compassionate therapist or counselor who is trained to help people navigate this often-difficult topic.