HIV Prevention and the Role of Therapy: To PrEP or Not To PrEP? 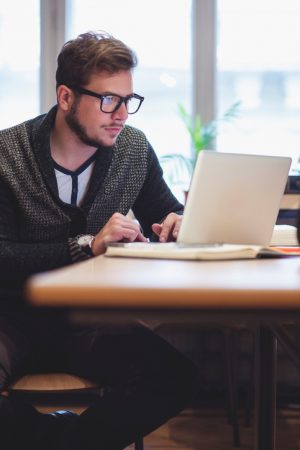 I am frequently asked by sexually active people in therapy, particularly gay men, what I know about PrEP for the prevention of HIV infection and whether it might be right for them. This is an excellent question to bring to a knowledgeable therapist, as choosing to begin this form of HIV prevention can bring up a host of feelings and mental health concerns. However, because at its core HIV prevention is a medical issue, I always suggest people have a similar discussion with their primary care provider.

What, exactly, is PrEP? PrEP stands for pre-exposure prophylaxis, a preventive measure taken before possible infection with a virus—in this case HIV. PrEP is for individuals who are HIV-negative and involves taking HIV medications on a daily basis to lower the chances of becoming infected with HIV.

PrEP can stop HIV from taking hold and spreading throughout the body. The medication approved for this treatment is called Truvada. Truvada is a combination of two HIV medications: emtricitabine and tenofovir disoproxil fumarate. According to the Centers for Disease Control and Prevention (CDC), “Daily PrEP reduces the risk of getting HIV from sex by more than 90%. Among people who inject drugs, it reduces the risk by more than 70%. Your risk of getting HIV from sex can be even lower if you combine PrEP with condoms and other prevention methods.”

Numerous questions, feelings, and emotions could arise before beginning PrEP, including those related to:

All of the above are important issues to discuss with a therapist before making the decision to begin PrEP. For some individuals, therapy can help with not just the question of “should I or shouldn’t I,” but also “why do I want to begin PrEP?” On the surface, the answer to “why?” seems obvious enough: the chance to avoid infection with a potentially life-altering or life-ending virus. However, for many people, the possibility of being able to have sex without condoms is a powerful motivating factor.

It is important to also remember that dispensing with condom use may put a person at increased risk for infection with STIs other than HIV. So individuals taking PrEP, particularly those no longer using condoms, should still be regularly tested for STIs.

Although research shows using condoms along with PrEP reduces the chances of becoming infected with HIV even further, some individuals on PrEP choose to stop using condoms during sex. In my professional experience, gay men in particular have voiced several reasons for stopping condom use while on PrEP:

For some people, these might not seem like significant concerns in comparison to avoiding becoming infected with HIV, but for many, the desire to do away with condoms is powerful. It is important to also remember that dispensing with condom use may put a person at increased risk for infection with STIs other than HIV. So individuals taking PrEP, particularly those no longer using condoms, should still be regularly tested for STIs. There must be a level of trust and comfort with medical providers to discuss these personal issues openly and honestly. A good therapist can help build on this process, helping the individual explore barriers to trust and honesty.

All these factors considered, the question of “why” one wants to begin PrEP is significant enough to warrant some time in a therapeutic setting.