The Hidden Trauma of Parenting: Caring in Contrast to Your Past 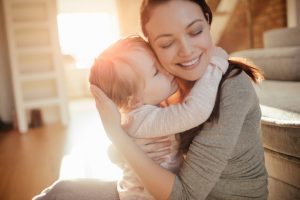 In an April 2017 op-ed piece in The New York Times, Michelle Stevens explains her decision to allow her 9-year-old son to have more autonomy and responsibility than may be fashionable. Responses to the article ranged from “good for her!” to “how irresponsible!”

My aim is not to debate the pros and cons of this; what interests me is how her decisions are so clearly influenced by her past trauma, namely molestation by a teacher when she was 8. “My abuser convinced my mother—and many other mothers—that he was a nice, trustworthy guy,” Stevens writes. It seems as if her decision now is a “countermove” allowing her son to make his own decisions and trust his instincts, since hers were apparently ignored, with catastrophic results.

Whatever one makes of her Stevens’ decisions, her story is heartbreaking, especially the failure of her mother to protect her. As some readers may already be aware, the invalidation of a child’s emotional reality following a traumatic incident can be as traumatizing as the incident itself, if not more so. In this case, a young girl’s predator was believed by the community to be trustworthy; such gaslighting is shattering indeed, with implications for how a person parents (per Stevens).

Children are nothing if not resilient, but only if the harm done to them is validated and attended to by caregivers without conditions. The teacher who molested Stevens covered his tracks with precision, preying on parents’ need to believe their kids were safe. Surely some of the children, perhaps Stevens herself, interpreted strong parental anxiety as a signal to keep quiet.

So many of the people I’ve worked with who are trauma survivors, some now parents themselves, begin therapy by speaking of their abuse or abandonment with curious detachment, though to my ears the events sound devastating. This is not just a matter of protecting their parents, but also in large part, as Stolorow (2015) assessed, a result of the nonrecognition, invalidation, or denial of a child’s traumatic psychological injury. It may be intellectually but not emotionally known to the person in therapy, or even “permitted” by internalized patterns of denial.

A child can understand a person doing a bad thing, provided the pain and terror of the injury is validated and soothed by caregivers who tend to their own overwhelm while tending to the child’s—rather than demanding the child disown or minimize what happened for the sake of their own overwhelming anxiety. A child who hears their experiences are “exaggerated” or “selfish” or is kept quiet is then persuaded (“gaslit”) into thinking there is something fundamentally wrong with their own mind. Often the first step in therapeutic healing, then, is the therapist’s empathic recognition and understanding of the harmful effects of such invalidation.

But it is not only via therapy that one might discover previously minimized trauma. Often people come to therapy because of what is happening in their roles as parents or caregivers (including teaching, babysitting, and so on), which have provoked fresh remembrances or emotional associations to their childhoods.

One of my own surprising discoveries as a parent is the degree to which my 4-year-old is undoubtedly her own person, with her own personality, moods, and so on. I soon learned I could not “get” her to do anything (especially take naps). She is instead guided, led, or persuaded by me to make these decisions herself. It is, in other words, a matter of relatedness; I do not “feed” or “bathe” her, but rather she agrees to eat or bathe, sometimes with protest. It is as intimate a relational dance as any, even if the balance of power is not symmetrical. (Which, interestingly, parallels the therapeutic relationship.)

Previously, I had viewed parenting as a series of “tasks” rather than an ever-fluid relationship. This itself may be a somewhat depressing reflection of my own earlier experience as an over-responsible, overburdened youngster where relationships were rigid, with spontaneity or self-expression downplayed in favor of compliance with anxious, self-defended caregivers.

My child is also, of course, highly dependent on me and shows great affection and passion even when upset (which I am beginning to think is necessary for her own sense of separateness). This illuminates the threads of our most basic attachments: love, trust, responsiveness, and respect, to name but a few, all of which are indispensable.

Not only are children emotional reflections of our core attachments, they can also provoke memories and associations of our own childhoods, some of which may be warm and pleasant while others (in the case of those of us with a history of trauma) are disquieting. This sets up a jarring contrast that isn’t always easy to navigate.

Again as a personal example, my parents were about my current age when I was 4. On the one hand, I appreciate in a more immediate way the challenges of parenting; on the other, I am overwhelmed by the contrast between the tone of my current household versus the mood of my childhood home: volatile, anxious, and painful. During my formative years, alas, my siblings and I often walked on eggshells, lest we provoke an explosion. Until recently, I had not truly felt or realized what was missing.

So many of us have longed for children and the experience of parenthood, discovering both joy and a surprising inner struggle when we become caregivers. There can be a double-ness to experience when the beauty of the present is shadowed by haunting memories.

One silver lining of difficult early experiences might be in their showing us what not to do. But knowing what to avoid is not always helpful, especially when one’s childhood is marked by extremes, since avoiding extremes leaves a gaping void in the middle. More subtle questions or interpersonal “dance moves” can lead to uncertainty, while a dependable model of child-rearing remains elusive. Such uncertainty can provoke an adult’s inner critic which whispers, “You mean you don’t know?”

I’m pretty sure I’m a better parent than what I got, in other words, but that’s not setting the bar very high.

I always knew intellectually my early situation was not-so-great, but it was only after experiencing a loving family now that the traumatizing severity of my past began to bite. This lends a bittersweet edge to the proceedings.

It reminds me of a person I work with in therapy who recently became a father, who told me, “I’m always making sure I don’t do to my son what my old man did to me … which is keep his distance, for the most part.” What results is an anxious vigilance to “not miss anything,” alongside a powerful new connectedness to a boy who wants nothing but loving, playful, or caregiving connection to his parents. This casts a sometimes uncomfortable light on the person’s earlier ignored or unmet needs, since it was dangerous to criticize his caregivers. Thus, he walks an uneasy tightrope between “not helicoptering” (like his mother) and hypervigilance (in contrast to his father), often fearing he’s “messing up.”

Some of us were “parentified” children, meaning we had to grow up early. I tended toward compliance, at least until adolescence, though much of my being a “good kid” likely was due to the fear of parental reprisal. My daughter’s freedom in expressing herself (bless her heart) compares dramatically to my own terror of being criticized or humiliated. As I am discovering both in my own life and in listening to people in therapy, such personally dissonant emotional experiences can lead to a sense of shame since many “parentified” or “gifted” children (Miller, 1997) struggle with perfectionism. This can increase anxiety and vigilance toward our own emotional states, resulting in shame if we express strong feelings, even when our partners and children are forgiving. It is hard to believe it’s really okay to be, as Winnicott (1965) famously stated, a good-enough parent.

So many of us have longed for children and the experience of parenthood, discovering both joy and a surprising inner struggle when we become caregivers. There can be a double-ness to experience when the beauty of the present is shadowed by haunting memories. Experiences not shared or validated openly by caring others may become a heavy burden, leading to the kind of anxiety or depression we observed in our own folks and we are worried we will repeat.