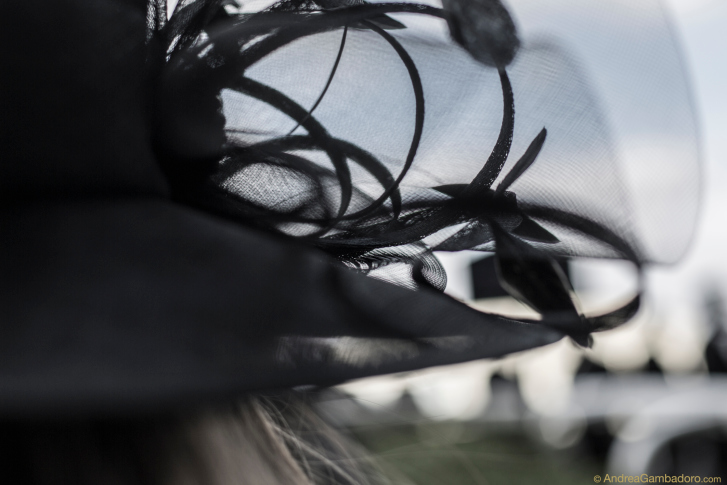 I just got back from Rebecca’s bat mitzvah. I’d like to tell you a bit about Rebecca, but I’m not sure how to go about it. I want you to know all about her, but I don’t want you to know who she really is, so I’m going to change a few things about her for the sake of maintaining her privacy. I can tell you this, though: Whatever she does, there is almost always someone telling her no, that’s impossible. But she never listens.

Rebecca is known for her intelligence, ferocity, and determination, and for her kindness, too; she’s always ready to help out when and where she can. She is also stylish and really, really knows how to pick out a hat.

She’s in her 60s now. Her bat mitzvah came probably 50 years later than it should have, because when Rebecca was 12, the age when young girls have a bat mitzvah, she wasn’t allowed to. Not so much because she was a girl—although that can be an issue sometimes—but because of her physical disabilities. Her body is in tough shape; her limbs and features are twisted and bound. But her mind and spirit are free. Rebecca faces many obstacles, but she is determined to proceed and make the life she wants.

When she was a young girl, she wanted to explore the world. Many people told her to stay home where it was safe, but her mother stood behind her and told her not to listen. Rebecca went everywhere her motorized wheelchair could take her, all over our big city, by herself, as she wanted.

Rebecca can’t get around very well without her chair, but that’s the least of it. The most difficult part of being Rebecca, she says, is that she has severe speech problems and is very hard to understand. She thinks the words, but has trouble getting them out. Bar mitzvahs (Jewish coming-of-age ceremony for boys) and bat mitzvahs (the equivalent for girls) usually entail chanting or reading out loud to the congregation in Hebrew. Rebecca wasn’t allowed to have a bat mitzvah at the usual time, but she vowed she would have one someday.

She wanted to be a teacher but wasn’t able to meet the requirements for licensing, so she became a paraprofessional in a school designed to help children with disabilities. Her life has been dedicated to teaching children.

She wanted to get married. She wondered if she would ever meet someone who loved her, but she met the right man and they wed.

She wanted to have children. Her doctors said no, that’s impossible, but she and her husband had two children anyway, children who are fine young men distinguished by their intelligence, accomplishments, and compassion. They have children of their own, making Rebecca a proud grandmother.

It boggles the mind that so many parts of our big and beautiful world are closed to so many of us. That is improving as awareness and sensitivity grow, but many places, including religious institutions, still don’t make the accommodations necessary to be accessible to all. The synagogue where Rebecca was bat mitzvahed made itself accessible physically and most important of all spiritually when a very talented teacher found a way to teach Rebecca to read out loud in Hebrew, not her first language. She had to learn both a new language and a new alphabet, and Hebrew is very tough to learn for many English speakers.

It boggles the mind that so many parts of our big and beautiful world are closed to so many of us. That is improving as awareness and sensitivity grow, but many places, including religious institutions, still don’t make the accommodations necessary to be accessible to all.

I’ll tell you, at last, about her bat mitzvah. Her oldest son stood on the podium with her. Her younger son stood nearby, holding the newest baby in the family. Her teacher stood next to her, as teachers do in such ceremonies. The congregation was filled with friends and family.

Rebecca read her portion. Her teacher tried not to cry, but I don’t think he succeeded. Rebecca read well, and she was happy and proud, as we all were. She cried, too. So did I and many others.

Let me end with a description of what she was wearing; I always want to know what people were wearing at important events, and perhaps you appreciate such details, too. Special days call for special outfits, and those outfits can say a lot about the people who choose to wear them.

Rebecca wore a black dress of soft wool in an empire design. The edges of a French lace slip peeked from under the hem. A pearl necklace was at her clavicle. Her makeup was flawless. Most important of all, she wore a hat, a black pillbox perched over her French chignon. Already pretty perfect, no?

There’s more. From out of the top of this chic pillbox there soared an extravaganza of black felt swirls and circles, extending 4 or 5 inches into the air—elegant, self-confident, and amusing, too. I really loved that hat, and so did a lot of other women in attendance. Not many of us would have had the ability to wear that beautiful hat as well as Rebecca did, though.