Half of People Killed by Police Have Disability, and Other News 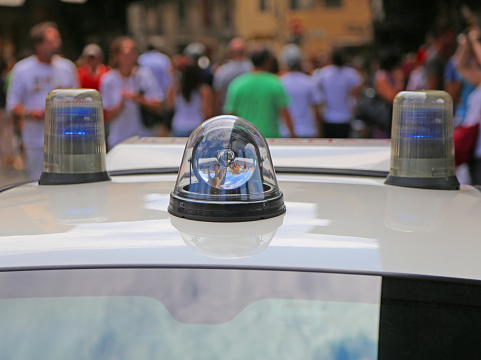 Nearly half of all people killed by police have a disability, according to a new report by the Ruderman Family Foundation. These disabilities often include mental health conditions, which the report suggests media reports sometimes use to blame the victim. A range of disabilities can inhibit a person’s ability to understand and comply with police instructions, increasing vulnerability to violence.

The paper tells the story of John Williams, a First Nation woodcarver who was shot while walking down the street holding a small knife. Williams had severe hearing loss, and was therefore unable to comply with verbal police instructions to drop the weapon.

The report comes at a time of increased public attention to police shootings, particularly of unarmed African-American men. Although black men account for 40% of police shooting victims—even though they comprise only 6% of the population—the report emphasizes the often overlooked role of disability and mental health in police shootings.

The report highlights the role journalists play in shaping public opinion about police shootings. It concludes with a number of recommended best practices for journalists reporting on such shootings. Those include being mindful of mental health stigma, avoiding blaming the victim, and using sensitive language to discuss disabilities.

‘Tough Guys’ Less Likely to Be Honest With Doctor

On average, men die five years younger than women, and physiological differences do not account for this discrepancy. Relationships with doctors might explain some of the difference. According to a study of 250 participants published in Preventive Medicine, men with stereotypical beliefs about manhood and masculinity might be more likely to put off dealing with any symptoms they may have, particularly when they fear those symptoms make them look “weak.”

The U.S. Food and Drug Administration (FDA) announced plans to require immediate-release opioids to carry a strongly worded box warning about the high risks of abuse and overdose death. In 2013, the FDA tightened labeling and warning requirements on extended-release opioids because of their potency, but this is the first time the same restrictions have been applied to immediate-release opioids. The news comes as a number of government agencies are working to reduce opioid abuse, addiction, and overdose.

Social Media Use Associated With Depression Among U.S. Young Adults

Mindfulness-based stress reduction—an approach that incorporates elements of yoga, body awareness, and meditation—could help the 65 million Americans who experience chronic low back pain, according to a study published in JAMA. Researchers randomly assigned 342 participants ages 20-70 to either cognitive behavioral therapy or mindfulness-based stress reduction. After six months, those cultivating mindfulness reported less difficulty with tasks such as getting out of a chair and climbing stairs.

Could Germ from Cat Poop Trigger Rage Disorder in People?

People diagnosed with intermittent explosive disorder, a condition that causes sudden bouts of intense anger, are more than twice as likely to carry Toxoplasma gondii. The parasite is common in cat litter boxes, suggesting cat ownership—and particularly exposure to litter boxes—could affect mental health. People with the infection from the parasite score higher on measures of anger and aggression because the areas of the brain that control emotion regulation may be directly affected.