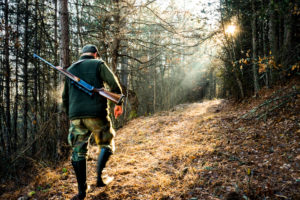 The Link Between Suicide and Gun Ownership

Suicide is the leading cause of gun deaths. According to the Centers for Disease Control and Prevention, more than half of people who die from suicide use a firearm. Just 5% of people who attempt suicide with a gun survive.

The study began with interviews of 39 Oregon gun owners. The interviews, which were conducted in 2015, explored the culture of gun ownership to establish a message to lower suicide rates among gun owners. Drawing upon the interviews, researchers produced a single-page suicide prevention message. The message highlighted the right to own guns, but also emphasized responsible and safe gun ownership.

The study then tested this message via a nationwide survey of more than 800 gun owners. Participants received one of four messages: a neutral message emphasizing mental health; a one-page message highlighting suicide prevention and suicide warning signs; the message tailored to gun owners; or a message that merged the suicide prevention message and the gun owner-specific message.

Survey respondents who received the message tailored to gun owners alongside the standard prevention methods were more likely to take steps to reduce the risk of suicide by gun. Among politically conservative gun owners, gun owners who lived in rural areas, and those who strongly supported gun rights, the harm reduction effects of the culturally sensitive message were even more pronounced.

This suggests gun owners may be sensitive to suicide prevention efforts that are biased against firearm ownership. By correcting for this bias, public health officials and mental health providers can encourage gun owners to embrace harm prevention strategies.