GoodTherapy.org to Participate in Out of the Darkness Walk

September 5, 2014 • By A GoodTherapy.org Announcement 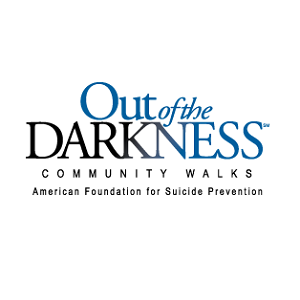 Out of the Darkness Community Walks, put on by the American Foundation for Suicide Prevention (AFSP), happen all over the United States. Walkers raise funds that are donated to the AFSP and support scientific research and public education regarding mental health issues, suicide, and suicide prevention. This year, GoodTherapy.org will be participating in the September 27, 2014 walk in Olympia, Washington, home of its regional office.

As a company dedicated to providing resources and information about mental health concerns, including depression and suicide, we are passionate about this fundraiser and the efforts of the AFSP. Many GoodTherapy.org team members are participating in the walk, and we hope to raise at least $1000 as a team to contribute to the work of the AFSP.

The AFSP aims to influence how we handle suicide by educating professionals who work with individuals experiencing suicidal thoughts and/or depression, as well as promoting legislation and policies that help prevent suicide and positively impact those who consider suicide. The AFSP is also dedicated to helping the loved ones of those who attempt or commit suicide, survivors, and those at risk, by providing resources and programs that inform and inspire hope.

The Centers for Disease Control estimated in 2011 that every 13.3 seconds someone in the United States commits suicide. The numbers are far too high to ignore, and GoodTherapy.org is honored to help make a difference by participating in the Out of the Darkness walk this month. We continue to strive to educate people about mental health and suicide, especially as September is National Suicide Prevention Month. On September 19, 2014, GoodTherapy.org will host a Twitter chat about suicide prevention. Join us at 11 a.m. Pacific by tweeting with the hashtag #StopSuicide.