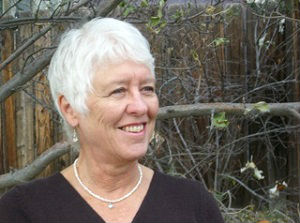 Editor’s note: Cedar Barstow, MEd, CHT, has authored or co-authored two books on right use of power. Her continuing education presentation for GoodTherapy.org, titled “Resolving Conflict and Repairing Relationships,” is scheduled for 9 a.m. PST on December 6. This two-hour event is available free with 2.0 CE credits for all GoodTherapy.org members. For details, or to register, please click here.

“Any questions?” I asked. I was speaking to a large group of psychotherapists and educators about what I’d learned from 20 years as a member of and then consultant to a professional grievance committee. This committee follows a grievance-process model focused on resolution, relationship repair, and education rather than judgment and punishment.

“Yes,” came a response. “Obviously, none of us wants to get the letter that says, ‘A grievance has been filed against you.’ So, do you have any advice for us about how to avoid runaway conflicts or misunderstandings?”

Here’s what I told them. I’ll make it brief—four main understandings and skills. In my experience, the themes that are at the root of most issues that escalate into grievances are:

Awareness and Skill No. 1: Boundaries

Therapists and teachers (in my terminology, those “up-power” to others) are responsible for multiple boundaries: physical, environmental (the office, meeting room, or classroom), role, financial (though not in all cases), sexual, and time. By analogy, one might say that a river flows well and within its banks because its boundaries are clear and stable.

Managing dual- or multiple-role relationships is an especially sensitive topic. Failing to do so easily causes unconscious confusion and hurt. Such relationships are best avoided.

Awareness and Skill No. 2: Power Differential

Understand the impacts of the power differential and use your up-power role with wisdom and skill.

When used to its highest and best, the power differential (the experienced and ascribed difference in power that accompanies an up-power role) provides security and safety for the person in the down-power role as well as the confidence in the caregiver’s knowledge, training, and expertise; direction and support; ability to clarify role boundaries; understanding of the bigger picture; and sense of professional responsibilities.

Some of the impacts of the power differential on the person(s) in the down-power role (i.e., clients or students) include a role-generated vulnerability on the part of the latter to rejection and criticism, manipulation, unfair assessment, idealizing and devaluing, and being taken advantage of. When up-power is being used sensitively and well, potential risk and harm are greatly reduced. Some people, to be sure, are more able to use their down-power role to protect themselves than others. Many people, however, take down-power to mean no power. Since people in the down-power role are not always self-empowered, up-power persons need to take special care.

As a result, what I call the “150% principle” applies. This concept means that both you and your client or student are 100% responsible for the “health” of the relationship, but you, in the up-power role, are in actuality 150% responsible since you must maintain the relationship in good order. You must track for difficulties, resolve them, and repair things as needed. You and the one(s) in the down-power role simply do not have the same level of responsibility.

Awareness and Skill No. 3: Feedback

Regularly seek out and respond nondefensively and creatively to a wide range of feedback from colleagues as well as those down-power to you.

Most of us are afraid of getting negative feedback. In up-power roles, we can isolate ourselves from feedback by not asking for it and/or not responding well to both positive and negative feedback when it is given. These latter responses create a lack of relational trust, allowing conflict to quickly escalate. Feedback should be seen instead as an investment in the relationship.

Keep in mind that it is very risky for someone in a down-power role to give negative or challenging feedback. To their mind they could be humiliated, rejected, or excluded. Creating and nourishing an environment in which feedback is valued and responded to nondefensively comprises possibly the most important proactive skill in this list.

Awareness and Skill No. 4: Relationship Repair

Attend skillfully to relationship difficulties as soon as possible.

Conflict is something that most of us would like to avoid. Difficulties seldom disappear through avoidance, however. Instead, they tend to escalate very quickly when not responded to right away.

There are five things that most people need, especially when these interventions are offered soon after the conflict has arisen. They may need one or all. The order is generally not important. Here they are:

As a grievance-committee consultant, I often ask its members as they listen to the claimant’s story of his or her hurt, confusion, or anger to think a bit about what it is that the person being grieved didn’t know or understand, or what skill(s) they lacked which caused the conflict to escalate to the level of a formal grievance process. Skill and understanding in the four areas mentioned above—boundaries, power differential, feedback, and relationship repair—seem from my experience to be the most important factors. Putting them into practice will yield many benefits aside from helping therapists avoid conflict escalation and possible grievances.