Give Your Inner Stage Mother a Hug (the Poor Dear) 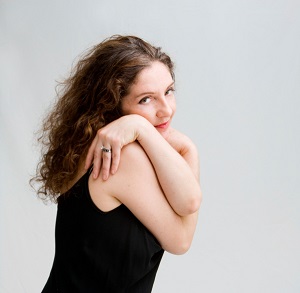 Early in the Mad Men television series, we see Don Draper’s then-wife, Betty, at her psychoanalyst appointment. She relaxes on the couch free associating while her psychoanalyst smokes and takes notes. In the late 1950s and into the ’60s and early ’70s, Sigmund Freud-based psychoanalysis was more the standard approach to therapy.

As he practiced analysis with his clients, Aaron Beck, a psychologist, professor, and researcher, noticed something. During free association, when people were instructed to say everything that came to their minds without editing the contents, there still seemed to be other thoughts wandering around. Clients seemed less aware of these thoughts. Until one day, as he explains in his 1979 book, Cognitive Therapy and the Emotional Disorders, he was working with a gentleman who, during free association, started to angrily criticize Beck. Dr. Beck asked the man what he was feeling. The man responded that he felt guilty.

According to psychoanalytic theory, Beck recounts, this made sense: Hostility leads to guilty feelings. But then the man added that all the while he had been criticizing Beck, “he had continual thoughts of a self-critical nature. He described two streams of thought occurring at the same time …” One stream of thought the man expressed; the other he didn’t. It was just there. Automatic thoughts seemed to be monitoring the man’s behavior and telling the man what-for. Automatically.

Beck is considered one of the contributing originators of cognitive behavioral therapy (CBT). And his interest and work assessing the properties of automatic thoughts helped many, many people.

Knowing about and being aware of automatic thoughts can help people lessen automatic worries. At times, automatic thoughts can make it seem like we have a dictatorial, overbearing inner stage mother camped out in our heads: “I can’t believe you just said that”; “What an idiot”; “Now she hates me”; “I can’t handle this.” It’s enough to make you feel sorry for Lindsay Lohan. Automatic thoughts, with their sometimes-constant self-monitoring, can generate a lot of worry, but just because we think something automatically doesn’t necessarily make it so.

Often, it seems we weight these automatic thoughts as more “true” than regular, plain-old-thinking thoughts. Sometimes it’s as if we can feel these thoughts in our bodies first, before they we have words to go with them. Maybe our stomach tightens, or our shoulders hike up to our ears, or our breathing becomes shallow. But when we learn to “catch” these thoughts, to notice them just as thoughts—thoughts to be questioned or investigated instead of just believed—we can start to lessen some of our automatic worries.

When one of these thoughts comes to mind (for example:  “The boss likes Jake better, everyone thinks I’m a loser”) try to take a step back, and in your best lawyer impersonation, ask yourself, “How do you figure?” What is your evidence? “I just know” doesn’t count. How do you know?

Another important piece for dealing with automatic thoughts is to accept that they are there, be gentle with yourself, and be compassionate with your thoughts. If the automatic thought is, “I’m such a loser,” maybe the nonautomatic thought can be, “I’m so sorry you feel that way. It’s harder to get things done when you’re feeling like a loser—but you will.”

More on acceptance and compassion next time!