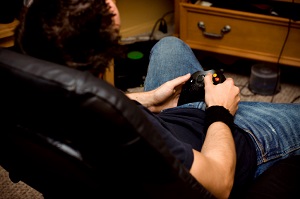 As the power of mobile devices and smartphones has rapidly increased, game developers have created ever more realistic and complex environments. Using backdrops of elaborate movies or the authenticity of real-life events, the level of detail that was unimaginable only a few years ago is now commonplace. As the story lines and design of games advanced, so did the interactivity of online games. Massively multiplayer online role-playing games (MMORPG) were made possible with the growth of broadband Internet in developing countries, allowing hundreds of thousands of people around the globe to play the same game together. These games require the most complex of infrastructures, replicated and deployed from data centers around the world. The development community often describes these types of MMORPGs as “persistent worlds,” which continue to exist and evolve while a player is away from the game.

Each MMORPG carries subtle differences regarding strategy, game play, and outcome. Games typically involve a large number of players who interact with one another and often assume the roles of fictional characters, taking control of those characters’ actions. Players can assume the role of a general, a king, or some other figurehead, leading an army into battle, while at the same time maintaining the resources needed for such warfare. The virtual world is based on traditional fantasy (dwarves, elves, spells, etc.), and players can trade troops with other players, build armies, cities, and kingdoms, take over new lands, and join in quests.

In attempting to understand what motivates a person to play, it is important to understand the context of gaming and the vast array of possibilities available to potential players. A player can choose from hundreds or perhaps thousands of games, and each player is motivated to participate in a particular game for unique and personal reasons. Clinically, it is important to understand why a player chooses a particular game and what he or she likes about it. Does he or she like exploring? Being part of a group? Being able to take command of a guild? Being able to create new scenes within the game?

What needs does the game itself fill? What types of scenes or images intrigue a player? What is it about the types of guilds the person joins that gives the player a sense of community? For therapists, the answers help to uncover some of the key issues involved with the Internet gaming addiction process. Learning about the game helps therapists understand the attraction.

If you strip away everything else, the main thread to this, or the common entryway into gaming, is the creation of a character. A name, an identity, a gender—all need to be determined at the onset of gaming. The “drug” of online gaming is in the properties that a user creates through a character. The theme of the game is also important, and the types of battles, terrain, or associated scenery are all relevant, but the real addictive aspect of the game comes from the character created.

The formation of the character is a psychological and social process. To understand Internet gaming addiction, a therapist must understand what a character means to the client. Who this character becomes in the game represents something about a person’s personality or perhaps a wish fulfillment or some secret fantasy. It varies from user to user. Sometimes a person who is normally shy creates an online character who is more outgoing, or it can be something deeper. A person with low self-esteem and confidence may create a powerful and aggressive character.

What psychological meaning does the name of the character represent? Is the character a warrior or an elf? Is the character aggressive or reserved? Is the character strong and possessive? Is the character masculine or feminine? This early stage of character development is the first stage in understanding the addiction cycle. Individuals may use their characters to establish new identities when interacting with others online. They may feel that they “become” another person. Online, a user has the ability to remove the imposed constraints of real life and experiment with altered perceptions of self. That is, gaming creates a virtual “stage” where a person can act out a new role through the creation of fictitious handles and the projection of altered physical characteristics, such as gender, age, race, or family background. This cultivates a persona or false image of oneself, allowing a person to “reconstruct” his or her identity.