A Force Awoken: An Unconscious Connection to Hollywood Movies 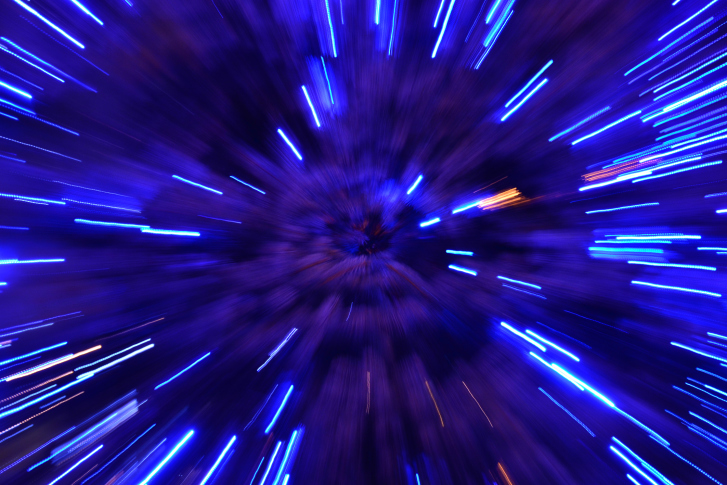 A woman I’ve been seeing in therapy recently brought my attention to the influence Star Wars may have on people. This 30-year-old woman, “Stacy,” considers herself well connected to society’s current trends. She stays linked to the world around her through social media and pop culture, and as the premiere of Star Wars: The Force Awakens drew nearer and was finally released, she was infuriated with the amount of attention it was getting.

“I just don’t get why everyone is so enamored by this film,” she said, with a tinge of embarrassment as she slithered into the cushions of my office couch. “It’s filled with names of people and places that I can’t pronounce, let alone remember, and there is nothing at all interesting about the story. I just don’t understand what I’m missing. How can everyone be into this? Is it me? Can I be the only one who doesn’t get it?”

With the unprecedented success of Star Wars: The Force Awakens, I began to wonder why Hollywood, and the Star Wars series in particular, has such an influence on people. Everywhere I look, I see references to the intergalactic franchise that has captivated the world for generations. Everyone has been talking about it—even if what they are talking about is how they don’t understand the fascination. Yet there is, indeed, a fascination.

The light side, the dark side, and the various characters who have made their cosmic appearances over the decades seem to have found a unique sense of meaning within us, often without notice of its impact. Perhaps, then, there is something more to our ongoing fascination with Star Wars than we presume. It may be that people have a deeper, more personally meaningful, unconscious connection to the symbols and images that we’ve commonly regarded as Hollywood fantasy.

This idea kept ringing in my head. Is Star Wars such a cinematic masterpiece that it deserves to have broken all sorts of box office records, or does the worldwide fascination with it go beyond mere fictional intrigue? Perhaps it is more likely that certain movies, their characters, and even the actors who play them penetrate deep into our psyches, and as humans, we unconsciously connect to the archetypal symbols and images that are so prolific throughout Hollywood.

A couple of weeks after our initial conversation about Star Wars, Stacy told me that she’d seen the movie. When I asked what made her decide to see it, she told me that the guy she was dating wanted to see it, and she thought that Within each of those sessions, we spoke about her need to be strong, to have faith in the good that she has to offer someone, and to clear her mind of the dark sense of self that keeps her from doing what she knows is right.she “may as well see what all the fuss was about.” There are two intriguing issues at play in this one statement, as Stacy had been adamantly against the “Star Wars movement,” as she called it, and increasingly frustrated with her relationship with this guy.

“Ken” is in his mid-30s, works virtually every day, and had been noncommittal to Stacy. This had been a topic in therapy since early in their relationship. Stacy admitted to knowing that this was not the relationship for her, yet for some reason, she was unable to break it off.

She’d spent a number of sessions telling me that she wasn’t ready to end things, that she wanted to give Ken a little more time, and that deep down inside she may have been afraid that she would never find anyone else. Within each of those sessions, we spoke about her need to be strong, to have faith in the good that she has to offer someone, and to clear her mind of the dark sense of self that keeps her from doing what she knows is right.

Finding the Force Within

“I broke up with him last night,” Stacy said, as she sat to begin our session. “It’s not because he wanted to see the movie and I didn’t like it, which I didn’t. But, I just felt a sense of strength that I was missing before.” I asked her if she wanted to tell me about it, and unlike her slouched demeanor when she had spoken about the relationship in the past, she sat confidently upright on the couch and said, “It just felt like the right time. There was nothing for me there. It’s time for me to go after something bigger and better.”

“As for the movie,” she said, clearly changing the subject. “I didn’t get it. It was loud, there were a ton of names that didn’t make sense, and the idea of the dark side and the light—who cares?” I asked her if there was anything in the movie that resonated with her, to see if she could make sense of the societal attraction.

“Nope. I still think everyone has gone mad. The only thing I liked was the 1,000-year-old lady who was wearing the ‘Beats by Dre’ headphones. That chick was awesome! She was strong, confident, and could see right through you. At one point, I thought she was looking right into my eyes—like she knew what I was thinking, like she was calling me out. Man, I wish I had that in me.”

Stacy left the office that day, and we never again spoke about Ken, Star Wars, or any of the characters in it. I continued to wonder, though, if the strength she found that night to end the relationship was a force absorbed through the big screen that had awoken the archetypal 1,000-year-old woman she carries within.

Questions about individual empowerment through film and social media might not find answers in one therapeutic interaction, but cultural influence may run deeper than our conscious minds presume. When a movie breaks records, one family has multiple top reality TV shows, and a rat carrying a slice of pizza has almost a 10 million views on social media, it might help to inquire psychologically into the potential personal and collective unconscious connections these cultural phenomena carry.