Fitting In, Standing Out: Bigotry in the LGBT Community 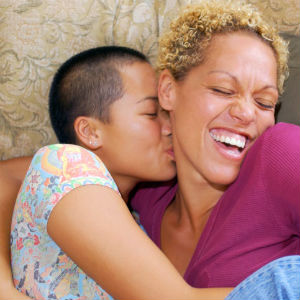 If someone asked you to define who you are in just a few words, what would you say? What words would you include, and what would you choose to leave out? Would “gay” always be a part of that list? What about ethnicity, religion, or occupation?

Each of us is a combination of many things. We have multiple roles in life, an infinite range of characteristics and unique experiences, a temperament. Yet as a society, we judge people by a few visible qualities—the color of their skin, the clothes they wear, and so on. Certainly, first impressions are important, but often we don’t bother going beyond those. The problem is, sometimes those first impressions are wrong. We are all complex individuals who can’t be understood by a single label.

There is a common bond in the gay community, as there is in any minority, based on shared experience. Uniting as a group is good; it is essential to having a political voice. Coming together with others who are like us also fills the human need to be part of a greater whole. However, as strong as the need to belong is, we also have a yearning to be recognized as unique, to be appreciated for who we are as individuals.

Although the gay community shares a common thread, it is important to remember that there is a great deal of diversity within that community, which needs to be respected. Gay people come in many colors, cultures, and styles, just like any other group. Yet in the united battle for political reform and acceptance, the differences can get lost. Worse yet, internal bigotry can develop. It is important to remember that the experiences of people of color who also happen to be gay are not the same as those who are white and gay. We could say the same of people from different economic brackets, religious backgrounds, and so on. Many minorities within a minority feel they don’t belong anywhere, as they are often rejected by one group for belonging to the other group. Even bisexual and transgender people have expressed feelings of disrespect within the gay community to which they look for support.

It is also human nature to want to see ourselves in a positive light. So here are some questions to ask yourself in order to gauge how you treat people who are different from yourself:

I am not saying you are a terrible bigot if you answer positively to any of those questions. What I am saying is that we all have to be aware of the negative impact small gestures can have. Awareness is the first step in improving the quality of life for everyone.