Exploring Gender in Therapy: Why I Don’t ‘Treat’ Dysphoria 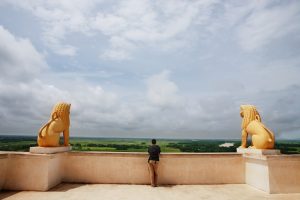 I spent the first month of 2017 in housing transition after my scheduled move from West Hartford, Connecticut to Chicago, Illinois didn’t go as planned—just three days before Christmas and four days before my scheduled move date, I learned that my would-be apartment had flooded, leaving me with no apartment to move to. (I was finally offered a temporary studio space by the negligent property management company, but not without a fight!)

I do not liken this challenge to the experience of gender transition, nor do I pretend to understand that experience from any kind of “expert” or experiential standpoint. However, having been in several forms of transition lately–between working for someone else and working for myself, between cities, between practice operations, and until today, between homes–I can harness a great deal of empathy.

It is difficult enough to make sense of unfolding experiences, especially when things don’t go as planned, harder still when you aren’t exactly where you want to be. And that’s only speaking to a far-exterior sense of home, not to the greater, deeper concept of home within a person’s body, their identity, and the close relationships they maintain.

Gender Transition in the Therapy Context

Before I transitioned my practice, I worked with many individuals who were transgender or gender non-conforming. I am cisgender (I identify most with the gender that matches the biological sex I was assigned at birth), but themes of gender have been under deconstruction throughout my lifetime. I have long been intrigued by and passionate about the topic both personally and professionally, and providing therapeutic support for folks in transition has lent itself to some of the most hopeful therapy I have been able to provide over the years.

Why is this? Some background about my areas of practice, narrative therapy and family therapy, may help explain.

Narrative therapists examine concerns in the context of stories, culture, and language, while family therapists do so through relationships. Both always take into account larger systems in their conceptualization of the issues a person presents with when seeking treatment.

When I work with a person who is transgender, I use the diagnostic code of gender dysphoria, as defined by the Diagnostic and Statistical Manual–but I always wonder: if our culture did not enforce gender, would we need to diagnose this type of dysphoria? Would we still feel disordered if there were no rigidly-prescribed gender roles?

Therapy for folks who are transitioning, then, is not a process of finding fault with the individual, about locating an issue inside of them to be treated and healed. Rather, it is often a process of understanding the difficulties these imposed gender roles place on a person who does not conform to them, about exploring ways the environment can be shaped to accommodate a person’s most authentic expression of self.

People who are working with a therapist or counselor can also obtain help and support in linking up with support systems, such as therapeutic groups, advocacy professionals, doctors, endocrinologists, community centers, and so on. This step is region-dependent but ever-evolving. Resources that are generally helpful, regardless of region, include Gender Spectrum, the Transgender Law Center, the Trans People of Color Coalition, and PFLAG National.

Despite the uncertainty of my housing situation, I left my practice in Connecticut feeling hopeful, having linked up those I had been treating with resources I trusted. I was confident I was leaving these individuals in good hands. My feelings on that have not changed, but my hopefulness has, in light of the current political climate here in the States. It is an important time for therapists to link the people they work with to communities that will not find fault with them but will instead embrace and accept the fully complex spectrum of who they are.

Now, to contrast, there is a felt shockwave of fear in queer communities. Many may still feel as if “anything can happen,” but this thought is far more ominous.

Together, as a community, we can hold our ground. We can nurture each other—and our hopes.