Exercise Can Counteract Gene for Alzheimer’s, and Other News 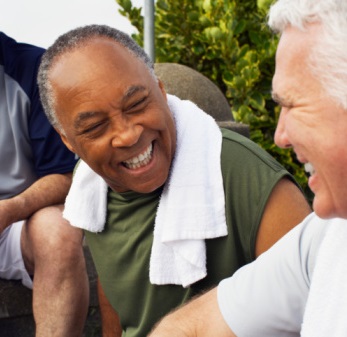 One study, for example, found that exercising twice a week in middle age reduces the risk of Alzheimer’s 20 years later. Interestingly, people with the APOE e4 gene benefited even more from this regular exercise. Another study found that people at high risk for Alzheimer’s have increased brain activity and glucose uptake when performing a memory task if they exercise.

What Goes Around Comes Around: Victimization Leads to Bullying

Children who are bullied are more likely to become bullies themselves, according to a study of 695 Canadian children. Researchers followed the children from fifth grade through high school, asking them about bullying every year. Six percent of participants began as victims and then became bullies. This same group had a higher rate of mental health problems than other children.

A study of a diverse group of 184 teens found that when parents exerted strong control over their children at 13, the children were less likely to resist peer pressure. These same children also had trouble navigating close interpersonal relationships, and had more trouble becoming independent from their parents.

A study of mice links walnuts to a decreased risk of Alzheimer’s. Researchers gave mice the mouse-sized equivalent of a human serving (one ounce) of walnuts every day for a month. At the end of the month, the mice who ate walnuts performed better on memory tests.

A study of 99 teens who had recently been discharged from a psychiatric hospital found that most of them reported feeling invalidated by their families. Researchers found that families who accepted the teens’ emotions, identity, and feelings had teens who were less likely to attempt suicide. While girls reported a higher rate of family rejection, boys were more likely to become suicidal when they felt invalidated by their families.

Even Depressed People Believe That Life Gets Better

According to a study that looked at the birth season of 400 participants, the season that people are born in may influence their temperaments. The study evaluated tendencies toward depression and irritability, and hyperthymic (high energy, cheerful)  and cyclothymic (sudden shifts between happy and sad) temperaments. People born in the summer, for example, were more likely to experience sudden and frequent mood changes than those born in winter.