Can Energy Therapies Heal the Mind and Body? 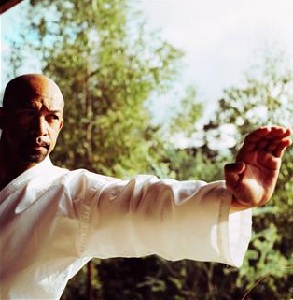 The label “energy therapy” has been applied to a variety of practices, including those in which a practitioner works on a client, such as in reiki, as well as to describe movement-based therapies that aim to balance one’s own energy, including qigong and tai chi. Energetic healing practices have been among the more difficult complementary and alternative medicine approaches for the conventional healthcare community to understand or embrace, as we do not yet have a method for directly observing or measuring “chi” (life force energy) or changes to it. Yet, interest in and use of energy therapies have increased over time because they are thought to be low to no risk, and many people report feeling an increased sense of well being from using them. Energy healing practices are purported to assist with balancing both physical and emotional states.

Some Popular Energy-Balancing Therapies
Although there are certainly more energy-based therapies than there is space to describe here, I will very briefly describe three of the more popular and well-known approaches: tai chi, qigong, and reiki.

Tai Chi
Tai chi, which is grounded in the roots of traditional Chinese medicine, is thought to date back to the 13th century or earlier. Tai chi is characterized by fluid, graceful movements in concert with breathing and mental concentration. Tai chi practice has been linked to improved coordination, flexibility, and balance, and it has been associated with reducing blood pressure and risk of falls in the elderly. Anecdotally, tai chi is often described as enhancing feelings of relaxation and emotional balance.

Qigong
Qigong is another Chinese practice purported to balance chi via a combination of movement, controlled breathing, and focused concentration. Additionally, qigong has been described as both an internal process for balancing one’s own chi, as well as an external one, where a practitioner can balance the energy of another person. The literature on qigong has described it as having antidepressant as well as pain- and stress-reducing effects, and in one small study of middle-aged, regular qigong exercisers, practicing 30 minutes of qigong was associated with immediate but short-term reductions in depression, anger, fatigue, and anxiety as compared to listening to a lecture about qigong. This study had a number of limitations, however.

A recent review described two studies that found a significant decrease in depression associated with practicing tai chi or qigong. Finally, a 2010 review of the literature found that tai chi and qigong can improve bone and cardiopulmonary health and overall fitness levels, improve feelings of self-efficacy and quality of life, as well as reduce risk of falls. Both tai chi and qigong are thus considered viable alternatives to more conventional forms of exercise. Although the current consensus is that more research needs to be done to conclusively recommend these therapies for mood, both approaches are considered to be safe and potentially relaxing and appear to have important physical health benefits.

Reiki
Reiki is a form of energy healing that has become fairly well known in this country. This practice originated in Japan, and in the early 20th century, the philosophy and practices associated with reiki were imported to the United States. Since that time, a number of practitioners have been trained to provide reiki. The term reiki is derived from two Japanese words: “rei,” or universal, and “ki,” or life energy. In a typical session, practitioners, using a sequence of hand placements either on or a few inches above the body, serve as a channel for healing energy. Reiki can also be performed at a distance. People who have received  reiki typically describe it as relaxing. Some report feeling warmer, some feel a bit tingly, and others simply report feeling more comfortable. Often, clients may nap peacefully during part of the treatment.

With regard to the research, one double-blind study examined the impact of being randomly assigned to receive hands-on reiki, distance reiki, or mock distance reiki once weekly for 6 weeks. Both hands-on and distance reiki were associated with reductions in depression, hopelessness, and stress at 1, 6, and 52 weeks after the study’s conclusion. Although there is also some research indicating that reiki helps reduce perceived pain, as well as anxiety, several studies have had mixed results with regard to mood. A particular challenge has been determining to what extent patients’ perceptions of healing are due to channeled energy versus the inherent benefits of having a caring person present or providing comforting touch.

Although reiki is purported to facilitate physical and emotional healing, as with tai chi and qigong, the research data are still insufficient to recommend reiki as a stand-alone treatment for mental or physical health problems. Yet, reiki is considered safe and at present is being used in a number of hospitals across the country as an adjunctive healing tool. Much of the progress with regard to accessing reiki in medical settings can be attributable to patient demand for these types of services.

In summary, energy therapies have become increasingly popular in this country and anecdotally are reported to help people feel calmer, less stressed, and less depressed. Movement-based energy therapies, such as tai chi and qigong, have been shown to help with balance, flexibility, and coordination, to reduce blood pressure in those with hypertension, and to reduce the risk of falls in older adults, among other benefits. All of the above therapies may increase feelings of calm and general wellbeing and could possibly decrease pain or mood symptoms. They are considered low to no risk and can complement other therapeutic approaches. For more information on the therapies described, please see the resources listed below.