EMDR Therapy for Families of Children with Autism, Part III 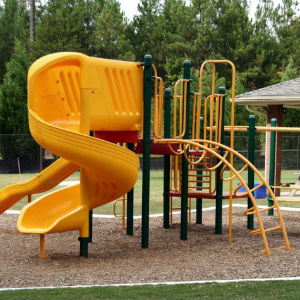 Eye movement desensitization and reprocessing, or EMDR therapy, differs from traditional talk therapy in that it relies on the brain’s innate operating system to turn disturbing memories into processed or “digested” memories. Francine Shapiro, the creator of EMDR, uses the adaptive information processing model (AIP) to explain this phenomenon. In this model, pathology occurs in our brains when this processing mechanism gets blocked. The memories are then stored dysfunctionally along with all of the emotions, sensations, and beliefs that accompanied them when the event occurred.

This is why the brain will automatically go into a dysfunctional fight, flight, or freeze mode when something happens that “triggers” the improperly stored memory. The therapy itself is designed to jump-start the brain’s processing mechanism in an effort to “digest” and store a memory properly, along with its accompanying beliefs.

The therapeutic process occurs in eight stages that include preparing the person with resources (or “tools” for his or her toolbox), the identification of blocking beliefs and disturbing memories, and utilizes bilateral stimulation of the brain—usually eye movements that mimic REM sleep. Tapping and auditory stimulation are also sometimes used.

As a clinician, I’ve embraced the practice and methodology in order to conceptualize the struggles of those who come to me for help. The AIP model is especially evident in families living with issues on the autism spectrum (ASD). It’s been my experience, both as the parent of an autistic child and as a clinician who specializes in ASD, that children on the spectrum are almost “predisposed” to developing posttraumatic stress and acute stress. This may be because our ability to handle stress relies so heavily on our perception of what is happening.

For example, if a 4-year-old child is waiting at daycare for Mommy to pick him up, and she is running late, he may assume that she is never coming to get him. While this isn’t true, the child believes it is. If the child has average expressive and receptive language, he will either ask “Where’s Mommy?” or the teacher will anticipate this need and be sure to tell him that Mommy is running late and will arrive shortly. When Mommy arrives, the child might cry and share his fears, at which time the mother might hug and reassure the child that everything is OK. The child is able to take in and digest this new information, and it becomes adaptive as he realizes Mommy did not forget him and he is safe now. Problem solved.

Now consider the preschooler with ASD who appears to be inattentive, is bombarded by sensory input, and makes little eye contact. He is not yet verbal, and therefore his teachers wrongly assume he cannot understand language. When his mother is late, he experiences the same fears but cannot verbalize them. Moreover, when the mother calls the teacher to say she is running late, the teacher doesn’t bother to tell him because it is assumed he cannot understand. The little guy is left to his own poorly developing coping skills, and his perception becomes reality. When Mom finally arrives, he may not even respond as the typical child would, and internalizes this fear. He may end up expressing his feelings three hours later, but by the time he does, Mom is confused because she can’t figure out what he’s crying about and the child can’t tell her.

This is only one benign, and fictitious, example. Let’s consider more impactful incidents: Consider the ASD child who has been consistently bullied. Or the child who wants so badly to “behave” but is unable due to poor executive functioning skills and impulsivity. Imagine the ASD parent who searches for hours when her affected child leaves the house in the middle of the night. Or the little sister who is physically assaulted by her ASD brother. These are actual examples that have resulted in traumatic stress abreactions and have been remedied with the help of EMDR therapy.

While more research is needed in the application and benefits of using EMDR with ASD families, I am incredibly hopeful and excited about those possibilities. As a clinician, I am thrilled to have this extremely effective therapeutic tool to help families live happier lives. As an ASD mom, I’m grateful to have had the benefits touch my own family as well.